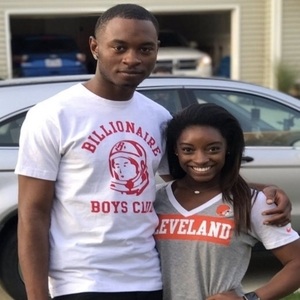 Tevin Biles-Thomas is the brother of superstar gymnast Simone Biles and was arrested last week after being involved in an Ohio New Year’s Eve shooting at an Airbnb home that killed three people and two injured. He was taken into custody as he was in Fort Stewart, Georgia on August 29. Biles-Thomas was stationed in the army at the time.

Biles-Thomas faces 15 charges, which includes two counts of murder, one count of voluntary manslaughter and one count of felonious assault for each person killed.Two additional counts of felonious assault for injuring two other victims are included in the indictment. Delvante Johnson, 19, and Toshaun Banks, 21, were pronounced dead at the scene of the shooting while Devaughn Gibson, 23, was pronounced dead at the local hospital.

Simone is now issuing a statement regarding the triple homicide and was very emotional about it. She took to Twitter to say that she’s been having a hard time processing these past two weeks and that her heart aches for everyone involved. The gymnast went on to express her condolences to everyone affected by the murders. Check out the full statement below. 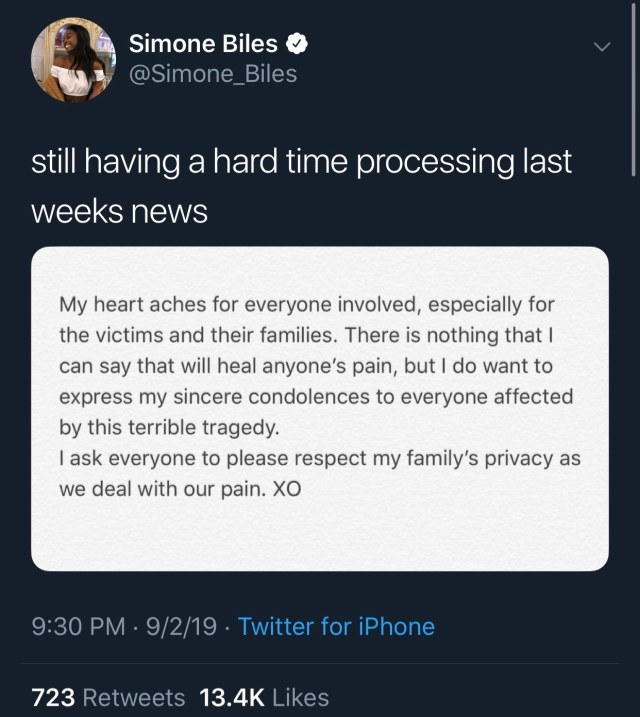 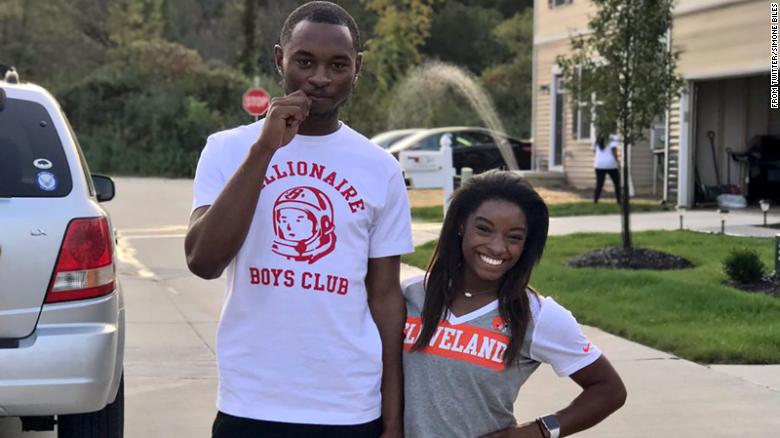