Skip to content
You are here
Home > Hip Hop News > Ray J, Princess, and this stolen dog… #LHHH fans on Twitter can’t believe they hired a psychic, and wonder if they paid the $20,000 to get Bugatti back + What’s up with Ray’s pipe 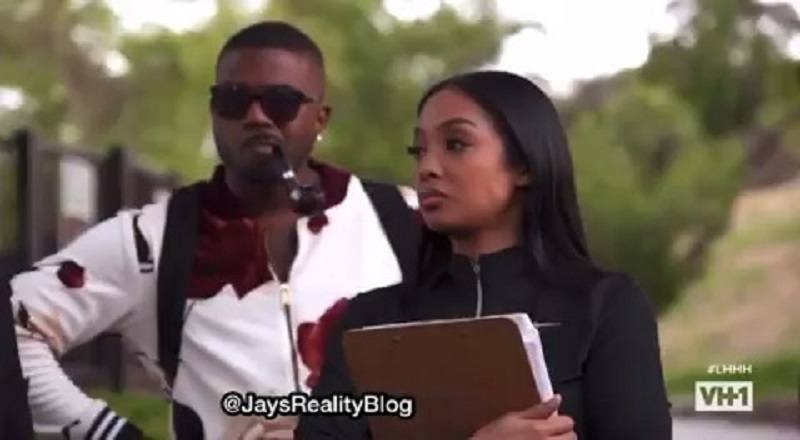 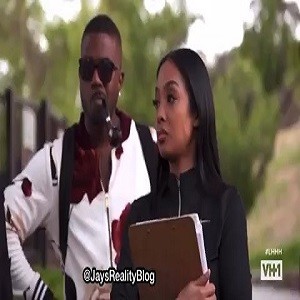 Aside from the first two seasons, Ray J and Princess stay out of the drama. These two did their fighting to be together and they came out of it winners. With all that Ray J went through, from sextapes to love reality shows, it was “Love & Hip Hop Hollywood” that tamed him.

Princess Love was not only the woman that made Ray J become a husband, she was the woman who made him a father. Now, in real time, baby number two is on the way. But, on the show, the two are still dog parents, which they still are.

Last summer, many may remember Princess Love emotionally announcing her dog was missing. This is their “Love & Hip Hop Hollywood” storyline, at least for tonight’s episode. The fans had a lot to say about what this means about the Norwoods if this has them in tears, plus WTF is up with that pipe Ray has?

Read the tweets about Ray J and Princess below: 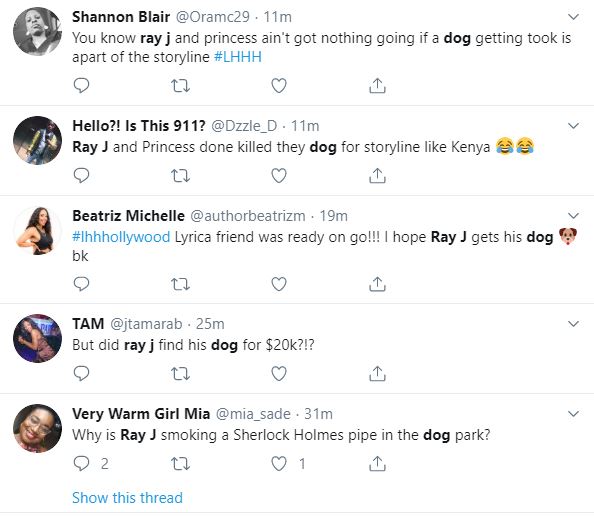 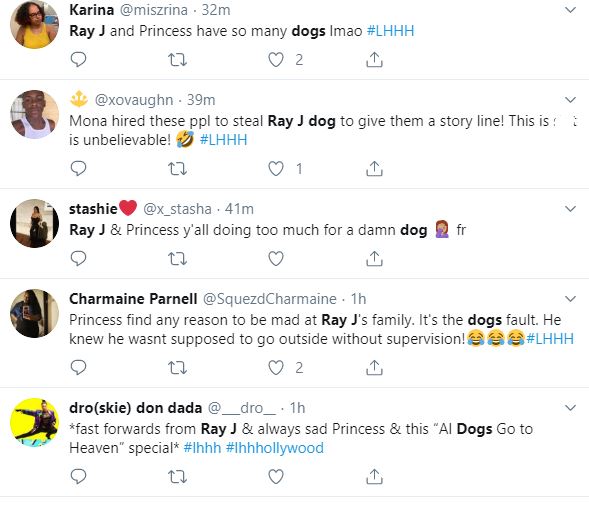 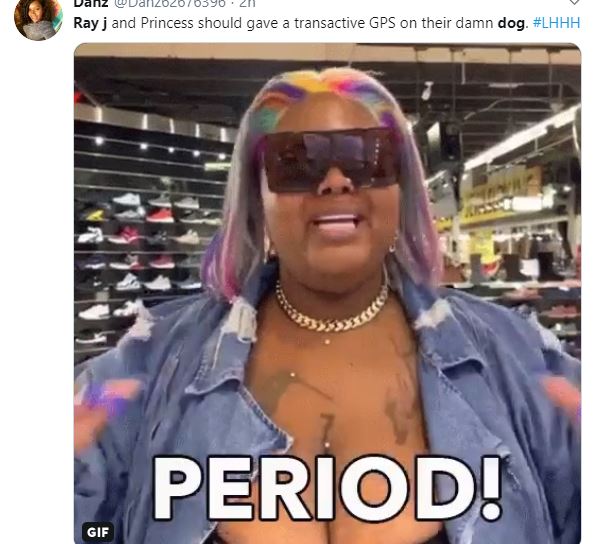 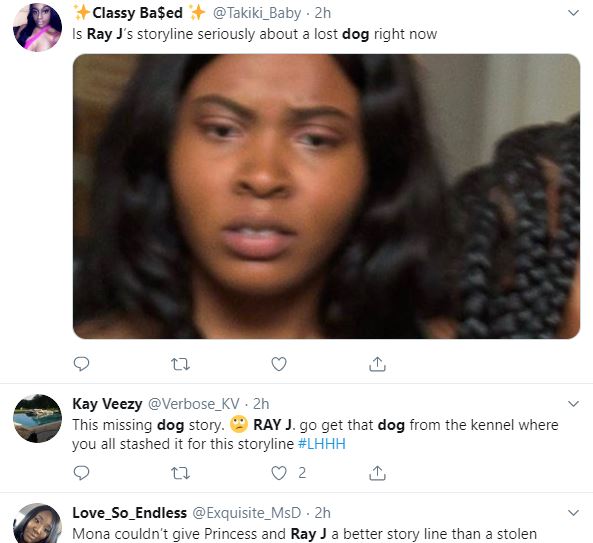 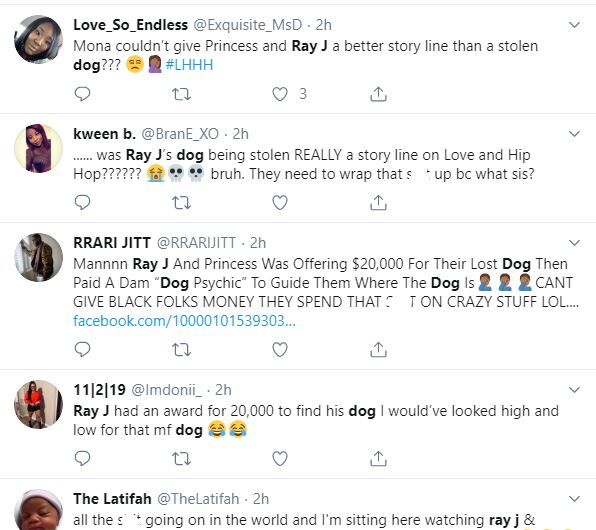 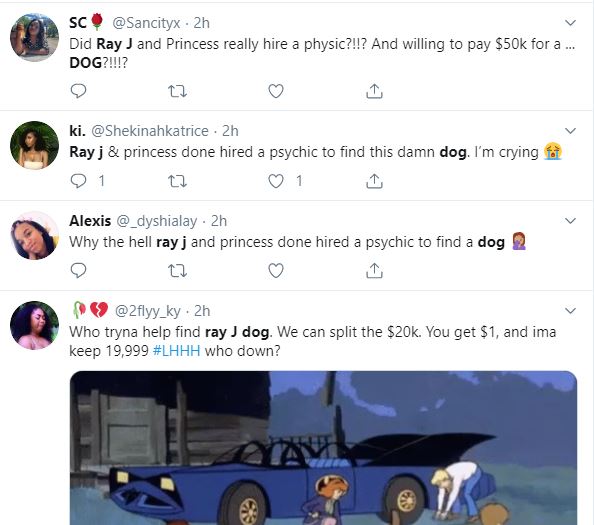 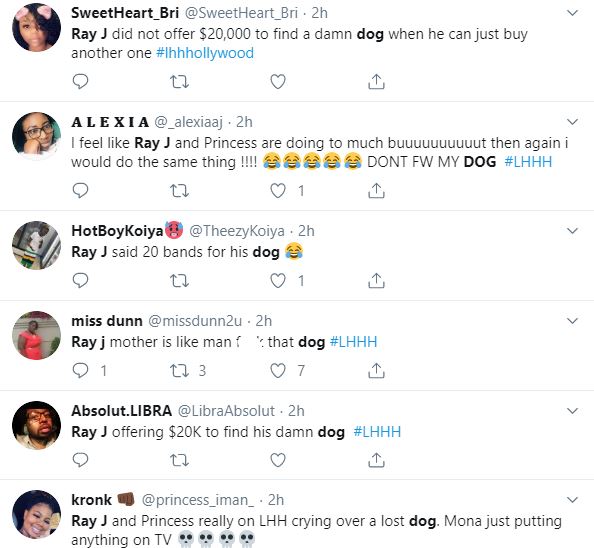