Skip to content
You are here
Home > Hip Hop News > RIP Dillon: Dillon The Hacker, a master troll, has died and Twitter is mourning, paying their respects to one of YouTube’s most popular users #RIPDillon 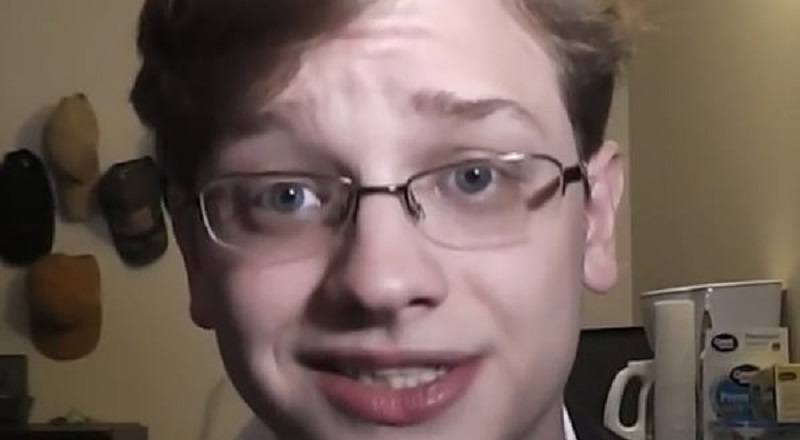 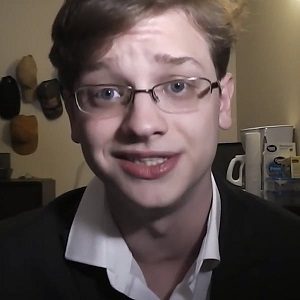 The sad thing about life is that it doesn’t last forever and no one knows when it’s over. A person who definitely helped make life a little better was Dillon The Hacker, a popular YouTuber. This young man proudly called himself a rebel, who would hack everything you love.

Dillon The Hacker put out entertaining videos about movies and was willing to take on anyone. His videos were downright hilarious, because he didn’t care about what people thought. Sadly, this rebel is no longer with the world, with his professional trolling.

Early this morning, sad news began to take Twitter over. The term, “RIP Dillon,” began to take over social media, becoming the leading trending topic. All that is currently known is that Dillon The Hacker is dead, and respects are pouring in, as the cause of death is currently unknown.

Read the “RIP Dillon” tweets below: 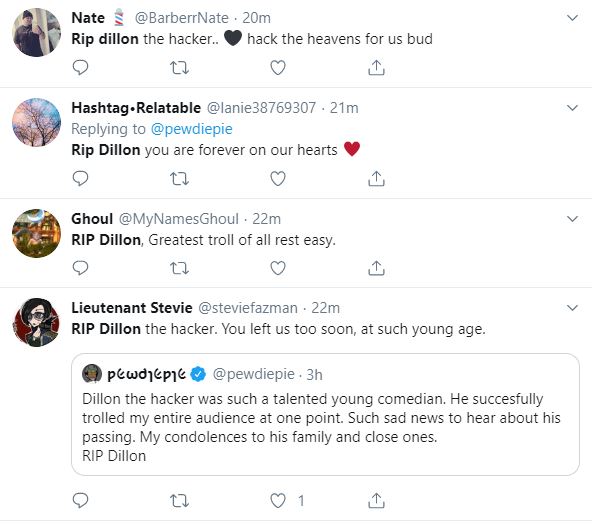 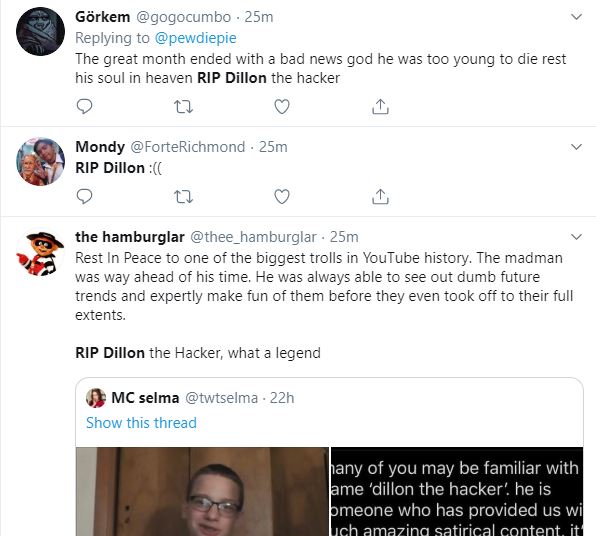 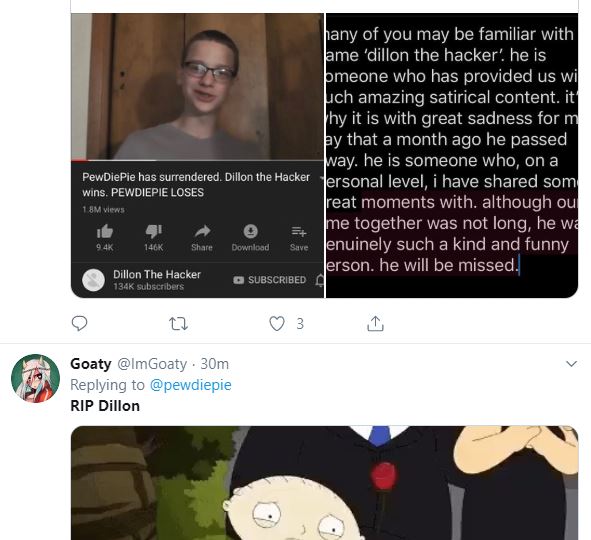 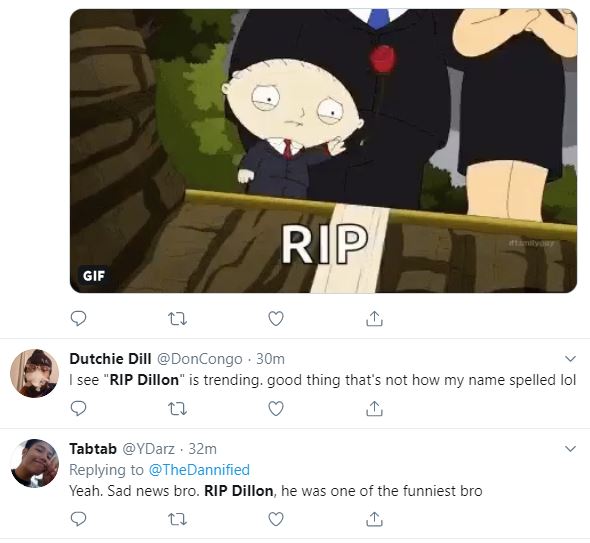 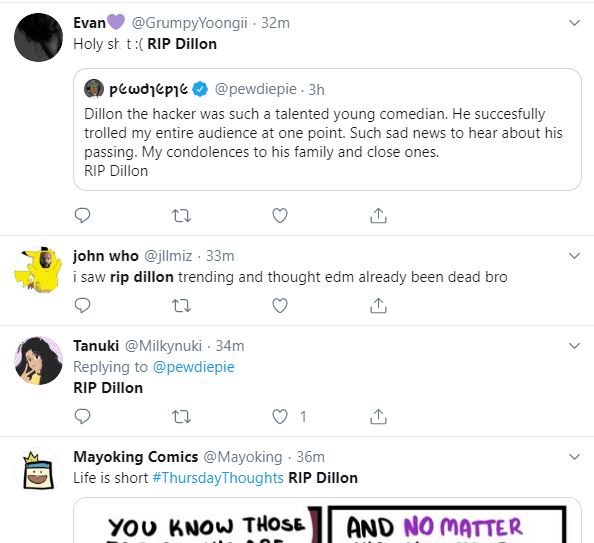 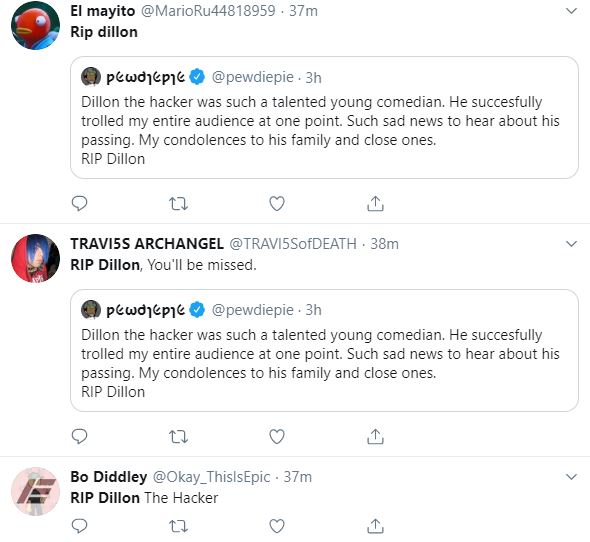 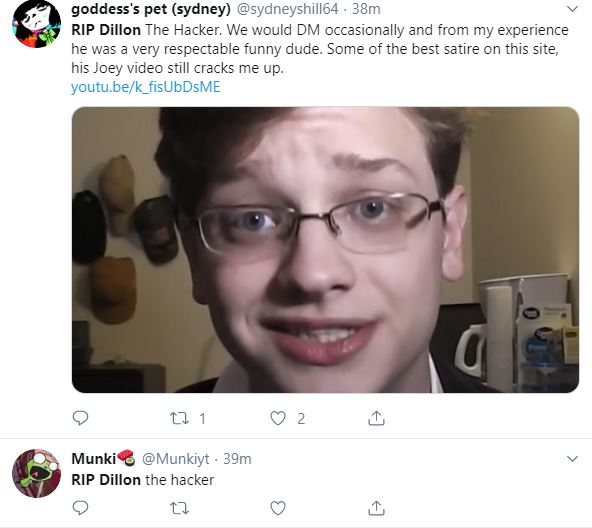