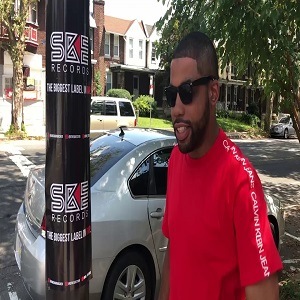 For well over a year, Q The Question has been providing answers. He is the head of SKE Records and he’s become a bit of a local celebrity, on the Philadelphia streets. Q and his artist, Shawn Archer, have had a lot to say.

Q The Question was back on the Philly streets, where he was talking more trash. Taking things a step further, he showed the flyers SKE has all over the streets. Now, he is saying SKE is the biggest label in rap, and heavy in the streets.

A$AP Rocky – “Babushka Boi” [VIDEO]
T.I. offers commentary on the white woman who said her TV anchor co-worker looked like a gorilla, saying the man did favor a gorilla [PHOTO]