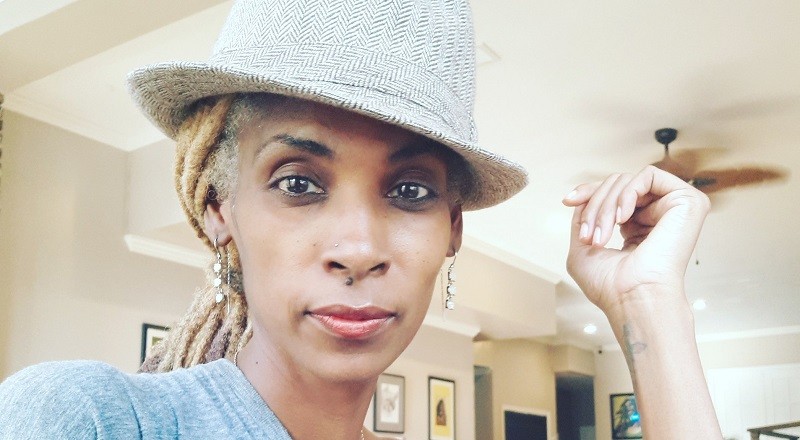 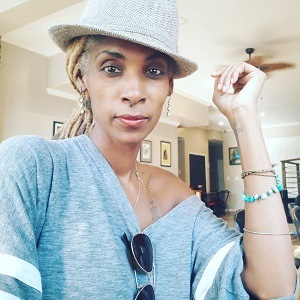 No question, R. Kelly is far from an innocent man, with all the drama that’s gone on. But, the truth is that there are people who both love him and hate him. Outside of that, there are those who simply will not stop supporting his music, because he’s made classics.

However, there are people who are actively trying to put an end to all distribution of R. Kelly’s music. Among those women is Kenyette Tisha Barnes, a major anti-R. Kelly activist. Recently, she dined at Applebee’s, but put the restaurant on blast for playing his music.

Barnes refused to pay for her meal, got into it with the police over it, but got Applebee’s to personally reach out to her. While Applebee’s seemed willing to support, another woman called her out. This woman said don’t fall for Barnes’ story, accusing her of demanding a free car, when R. Kelly played on the radio, during a test drive.

Read the tweets from the woman and the claim below: 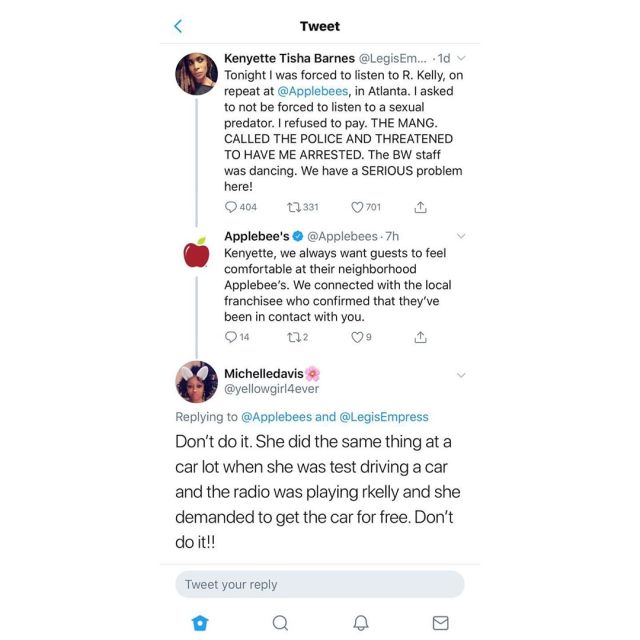