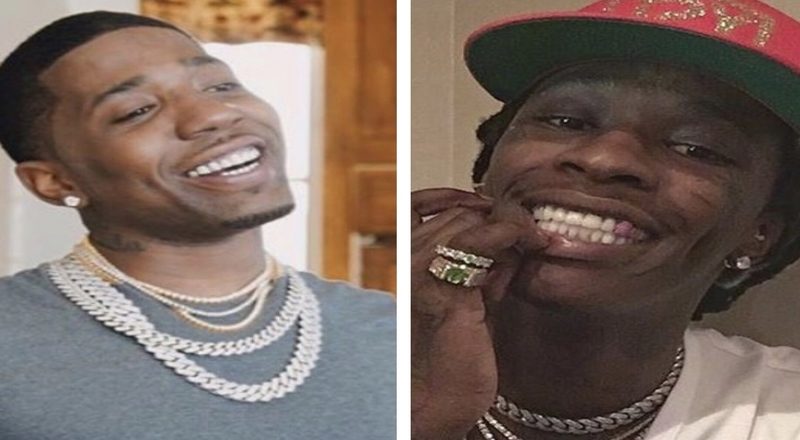 YFN Lucci and Young Thug have been beefing for four years now and turned things up over the past week. Thugga went to a middle of the mall jewelry store in Lenox Square mall in Atlanta and asked if this is where Lucci goes. Lucci went on to say that Thug’s new album “So Much Fun” is a “cap ass album.”

Thug responded earlier today by saying he would’ve killed Lucci a while ago but the YFN rapper being a family man prevented that from happening. Lucci took to Instagram Live to laugh at Thug’s comments and doesn’t seem bothered by the threats at all.

Earlier this summer, Lucci’s dead friend Nut’s grave site was vandalized with the word “Slatt” spray painted on it. Many pointed to Thug’s camp as the culprits. The beef originated supposedly after Lucci had relations with Thug’s girlfriend Jerrika way back.

As expected, this beef will likely never end. Lucci has since gone back to promoting his music and isn’t letting any negativity phase him. Check out Twitter reactions to everything going down over the past week below. 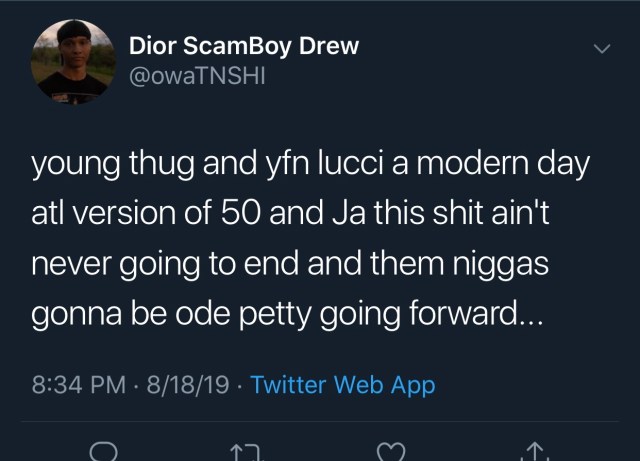 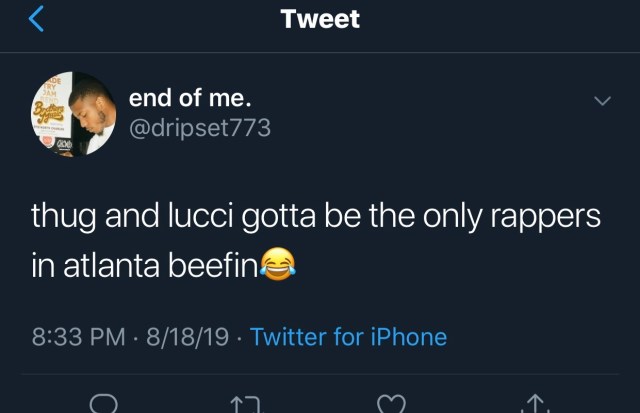 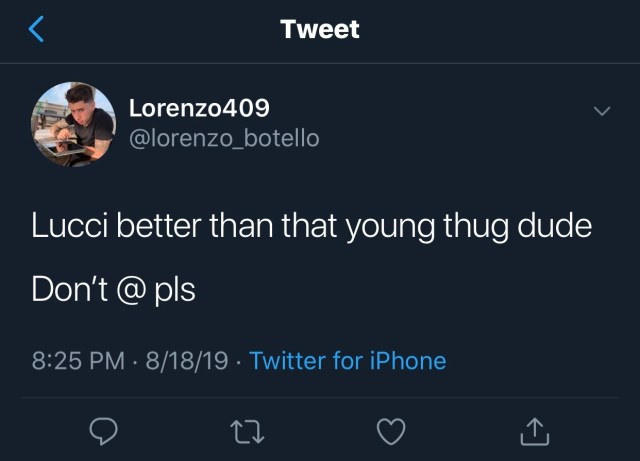 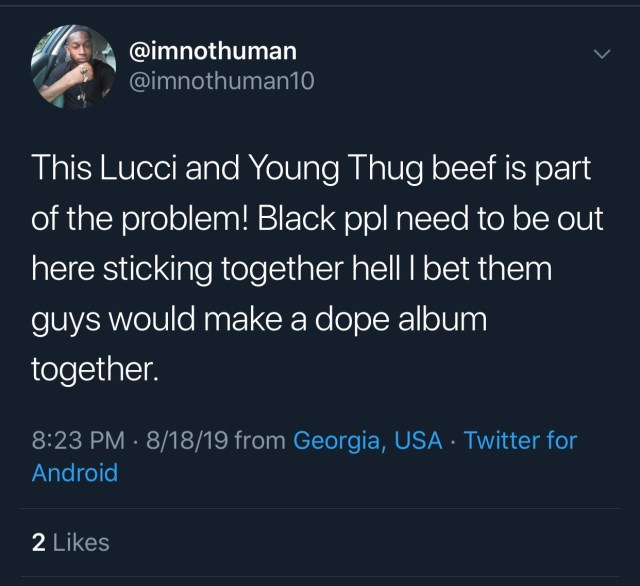 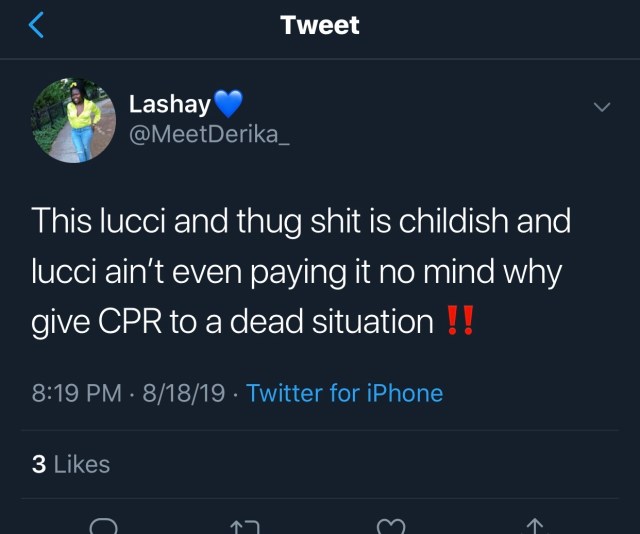 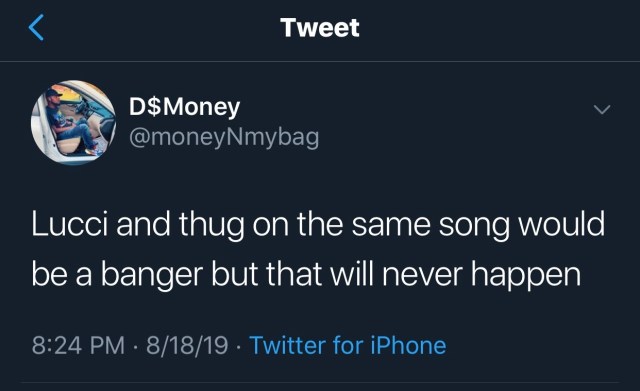