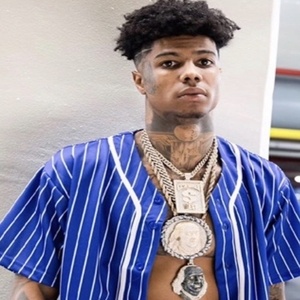 Last week, Blueface announced that a new EP would be coming out on August 8 and now the title and tracklist is officially here. The Cash Money West rapper’s project will be titled “Dirt Bag.”

Dirt Bag will contain 8 tracks with features from Offset, Lil Pump, Rich The Kid, and fellow California rappers Mozzy and The Game. “Daddy” feat. Rich The Kid and “Buss Down” feat. Offset have been the leading singles for the EP. This project follows up the success of Blueface’s hit single “Thotiana” which soon got a remix with YG and Cardi B along with “West Coast” feat. G-Eazy.

In addition to the Dirt Bag EP, Blueface is still on his Buss Down Tour which features guest performances by NLE Choppa, Asian Doll, 9lokkNine, Sada Baby, and Kiddo Curry. Check out the full tracklist for Blueface’s Dirt Bag EP below.
https://www.instagram.com/p/B04I39TlO_Z/?utm_source=ig_web_copy_link

Lil’ Durk Dropped His List For Top 50 Greatest Rappers of All Time…And It’s Just As Bad As You Imagined [PHOTOS]
They Hate To See It! Cardi B made $1 million yesterday, alone, sharing the breakdown of earnings from her last show