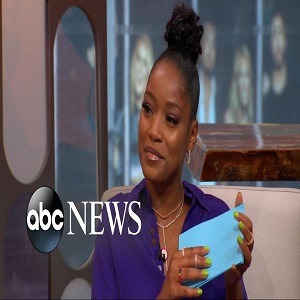 Since the start of the summer, Keke Palmer has been one of the co-hosts on ABC’s “Strahan and Sara.” When both Michael Strahan and Sara Haines had to take time off the show, Keke Palmer filled in. She even had Kandi Burruss co-host, when both were gone.

Keke Palmer definitely brought a new vibe to the show and it helped revamp her entire career. Yesterday, there were many rumors that indicated Keke Palmer had a new gig. Reports stated she was going to become the show’s third host.

However, this is coming off as doubtful, according to Keke Palmer’s recent tweet. Addressing her fans in a vague way, Keke tweeted “I talk too damn much.” This has people believing she will not become the third co-host of the show, and that her talking may have spoiled the deal.

Jason Mitchell’s Character on ‘The Chi’ to Be Killed Off In Season 3
Blueface’s Manager, Wack 100; Calls Out Rappers Fake Claiming Gangs By Saying They Were Wearing Skinny Jeans and Buying Sets; YG Tells Wack To @ Him [PHOTOS]