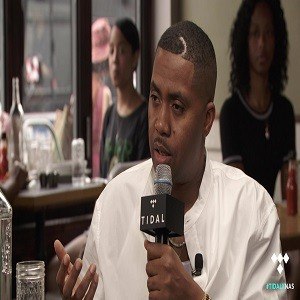 A year ago, Nas ended his six year hiatus with his Nasir album, a part of Kanye West’s Wyoming recordings. Between albums, Nas focused much of his energy on business. Among these businesses would be his investment in Mass Appeal.

Nas is also a Silicon Valley investor, having made a fortune, when one of his companies sold to Amazon. Still, music is what brought Nas to the forefront, and music is what he always goes back to. After many years, Nas finally released The Lost Tapes 2.

Recently, Nas sat down with Shaheem Reid for a TIDAL exclusive interview. The two talked about The Lost Tapes 2 and why he decided to hold off, for seventeen years, in between those albums. Also, he spoke on his Pete Rock collaboration he’s held for so long, and working with RZA.