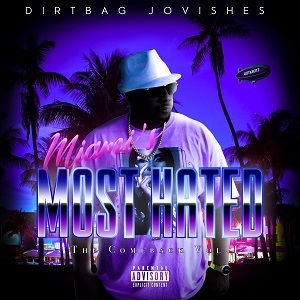 The newer generation may not be too familiar with Dirtbag Jovishes, who rose to notoriety as simply Dirtbag. His claim to fame is mostly with the slightly older heads. They should remember him best for his single for NBA Live 2005, “Here We Go.”

Dirtbag hoped that was the beginning of a bigger career, as he was working with many big names. But, it doesn’t always play out that way, and the Miami rapper went through some things. Now, he is back as a veteran, and he is coming correct.

Previously having choice words for Rick Ross and Cool & Dre, Dirtbag has offered his apologies and moved on. The veteran rapper, with that all behind him, released his Miami’s Most Hated mixtape, which has already gone viral. In addition to this, current Miami superstar, Zoey Dollaz, has given Dirtbag his co-sign.