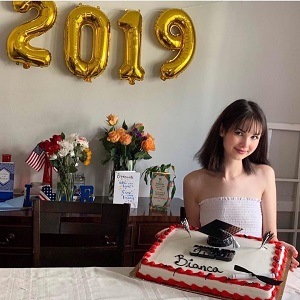 Every morning, it seems as though there is some kind of disturbing news that hits the internet. This young lady, only eighteen years old, her murder is up there among the worst. The woman was reported to have been killed by her own boyfriend.

This morning, there were all kinds of stories about the things he did to her. Reports even claimed he bragged about it on social media, showing his own evidence. There is one good thing to come from this, though, it wasn’t as bad as it initially sounded.

Bianca is the name of the young woman and her friend spoke out, against the misinformation, on Twitter. She said the guy wasn’t someone she met online, but someone she knew in real life, who even met her mother. Also, her head was not cut off and there were only posts on Discord about it, nowhere else. 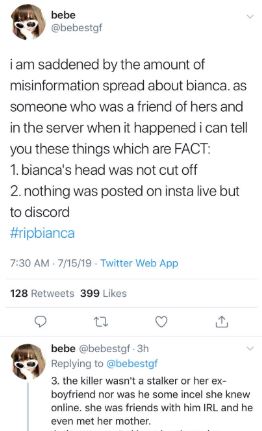 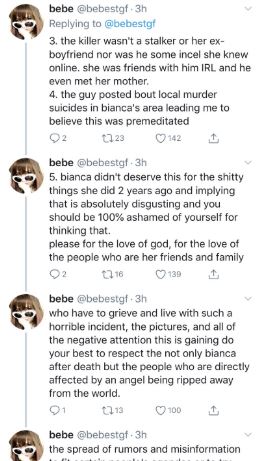 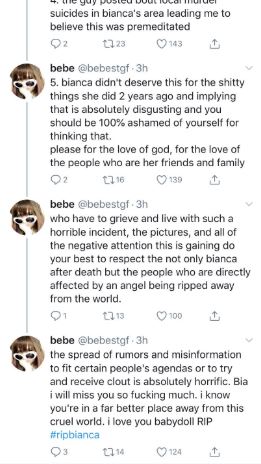 Tory Lanez gets put on blast by @slaycheese for inviting her to do a music video shoot, where she booked her own flight, and then not giving her any details, ghosting her; Rich Dollaz says it’s her own fault for not hiring representation [PHOTOS]
R. Kelly’s Girlfriends Joycelyn Savage and Azriel Clary Deny That They Were Evicted From His Trump Tower Condo In Chicago; Say It’s Fake News and Ask For Support For Kelly [VIDEO]