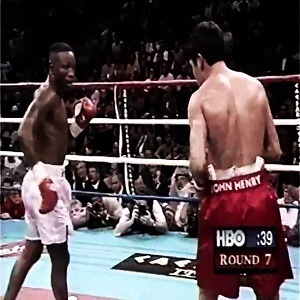 Last night, a boxing legend was taken from the world, far too soon. By the age of 55-years-old, Pernell “Sweet Pea” Whitaker became a boxing legend. Fighting from 1984, until his 2001 retirement, Sweet Pea fought all of the greats.

For his efforts, in 2006, Whitaker was enrolled in the Boxing Hall of Fame, deservedly so. Since his retirement, Whitaker has enjoyed life out of the spotlight. Last night, he went for a usual Sunday night stroll, which ended in tragedy.

Pernell “Sweet Pea” Whitaker got into a car accident, last night, in the city of Virginia Beach. At a busy intersection, he got hit, and died from the impact. Early this morning, reports surfaced of his death, and people are beginning to pay their respects.

Tommie Lee tells the real story behind child abuse charges, her next moves, and more on “The Breakfast Club” [VIDEO]
Kevin Ross signs partnership with EMPIRE Distribution and will release “Audacity,” his sophomore album, through this new deal