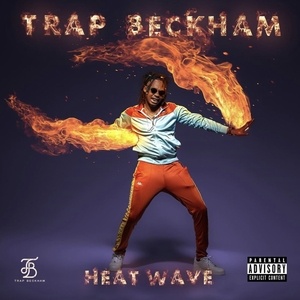 Trap Beckham stormed onto the scene in 2016 with his hit single “Birthday B*tch” and inked a deal with Def Jam. He’s been working the independent grind since then as last year, released his “Party N Bulls*it” single along with his “Happy Belated” mixtape. In 2019, he’s put out his “Hit It” single feat. DJ Diggem,Trina and fellow Jacksonville rapper Tokyo Jetz in addition to “Sundress Season” feat. Love and Hip-Hop Miami star Amara La Negra.

The Jacksonville rapper is back at it with an album that’s set to drop tomorrow. It’s titled “Heat Wave” and it’s lead by the Hit It and Sundress Season singles. It’ll contain 16 tracks with additional features from Too Short, Yella Beezy, Scotty Music, Yung Gordon, Mistah Fab, and Niyah Lamis. Beckham has recently been previewing the “Fight Back” record with Yella Beezy and Too Short and it sounds like a hit.

Check out the full tracklist below along with his new video for Sundress Season below.
https://www.instagram.com/p/Bz1MHd1HeW7/?utm_source=ig_web_copy_link

Cardi B is going to make over $10 million, this summer, off her one-off performance gigs
ScarJo gets dragged by Twitter, after Scarlett Johansson blasts politically correct casting, saying she should play whatever person, animal, or tree; Twitter says cast ScarJo as a tree, as race is an issue, and fans say her being in “Black Widow” doesn’t make them watch