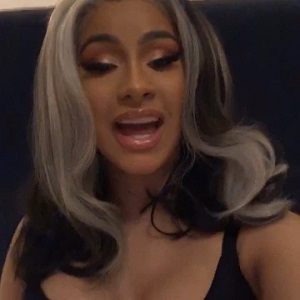 To think, people thought Cardi B choosing to leave “Love & Hip Hop” was a bad decision. But, Cardi B is living proof that people should stick with their dreams, no matter what. When she was on the show, predicting her success, few people aside from herself believed it.

Cardi B is now considered one of music’s biggest names, and is rivals with Nicki Minaj. While she hates that being brought up, Cardi B had a lot of people who never believed she could even get radio rotation. But, she has three songs that topped the Hot 100.

Currently, Cardi B has her “Please Me” song still dominating radio, as she begins work on her second album. Many people are wanting a tour from Cardi, but she isn’t doing that. The reason why, as she explained on her Instagram, is because of how much her gigs are making her, combined, it’s over $10 million, this summer.

Phaedra Parks re-ignites Kandi Burruss beef, in new interview, responding to Kandi saying she’d quit #RHOA if she returned, saying she must have really impacted her life if she feels so strongly, three years later
Trap Beckham Reveals Tracklist For ‘Heat Wave’ Album Set To Be Released On July 14; Features Include Tokyo Jetz, Yella Beezy, Too Short, and More