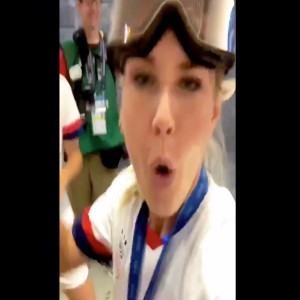 Fresh off her historic win winning the FIFA women’s cup, U.S. Soccer star Allie Long’s became the victim of a burglary Thursday afternoon. Her L.A hotel room was ransacked of her cash, wedding ring, and also the key to the City of New York. Allie, who was in town for the ESPY awards, had her RItz-Carlton hotel room burglarized.

Her wedding ring was worth $15K and the Key to New York City was a gift awarded to her during the celebratory parade which welcomed the women’s tour back. It was the first part which kicked off their victory lap tour.

Sources claim that there were no signs of forced entry . The police believe the door may have been left ajar.

The LAPD are continuing with the investigation.

Personally, I believe this could have been an inside job of some sorts.