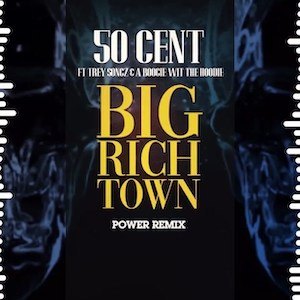 Last Saturday(July 6th), the series’ social media channels unleashed nearly two minutes of captivating content from the cast with its season six trailer. The trailer shows clips of Ghost and his protagonist Tommy as they struggle to come to terms on having to kill one another after the bond they’ve built throughout the longevity of the show.

Last night, the hip-hop veteran came through with a remix to the show’s theme song, “Big Rich Town.” The revamped intro features vocals from singer Trey Songz including bars from A Boogie Wit Da Hoodie following Fifty’a revised verses. While the original featured R&B crooner Joe, this time Fif came back with the remix tapping youngins’ Trey and A Boogie to bring a more youthful feel. This new version is more melodic but still gives you that New York energy and understanding.

Check out the latest version of “Big Rich Town” Featuring Trey Song and A Boogie Wit Da Hoodie which is available on all major streaming platforms.

“Power: The Final Betrayal” Season 6 Premiere event is happening August 20th at Madison Square Garden in New York City. The event will feature a special performance by 50 Cent as well as surprise guests hitting the stage. “Power” season 6 returns Sunday, August 25th, Get an idea of what’s to come in the final season by checking out the trailer above.