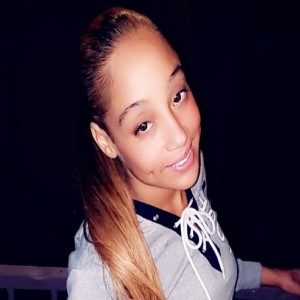 The mother of Nipsey Hussle’s child is hitting back at all of the slander aimed at her ability to be a mother. Tanisha Foster is the mother of Nipsey’s 10-year-old daughter Emani. She’s currently fighting Nipsey’s family for custody of her daughter. They claim that she is an unfit mother and that it would be in Emani’s best interest for their family to have guardianship over her.

In new legal documents Foster argues that the family is denying her a basic right — contact with her flesh and blood. She claims that both her and Nipsey shared the responsibility of caring for their daughter. He provided her with an apartment and her livelihood. Therefore she’s rebutting the family’s contention that she’s not capable of caring for the child, saying they are ignoring the fact Nipsey provided for her. She further states that she’s been cut off and now is having a hard time, not being able to pay rent.

More than anything, she’s not here for the character slander regarding her ability to be a mother. She claims that she isn’t the only one with a “problem past”, yet refrains from “slinging mud”.

Foster says, “If everyone was truly interested in doing what is best for Emani, they would treat me as her mother and not in the manner that they have.

For right now she’s asking the judge to at least give her visitation rights.

Kamala Harris takes aim at Joe Biden, gender pay gap, climate control, Russia, and more on “The Breakfast Club” [VIDEO]
Nicki Minaj checks Warren Stocker, a Cardi B fan who accuses Nicki of never standing up for female rappers the way Cardi did with Jermaine Dupri; Nicki even shares an old tweet, where he was defending Nicki, and he has deleted his Twitter [PHOTOS]