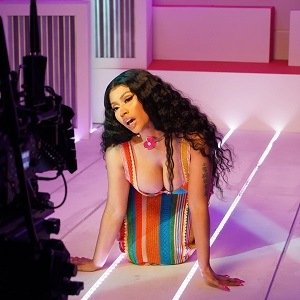 No Nicki Minaj slander will be tolerated by Nicki Minaj on Twitter. Over the past two years, Nicki has constantly had everything she says or does compared to Cardi B. The same has been the case for her rival, and both are tired of time.

For a whole year, Nicki Minaj and Cardi B played nice with each other, even doing a song together. All of the social media compliments were not enough to dispel the media. Finally, during Fashion Week 2018, they were lucky enough to capture a physical altercation between them.

Since then, both ladies have stayed in their respective corners. But, the fans refuse to let it go. A local newscaster, Warren Stocker, decided to fan the flames in reaction to Cardi B calling Jermaine Dupri out. When he said Nicki Minaj would never, Nicki replied to him, literally showing her efforts, and dug up a 2014 pro-Nicki tweet of his, leading him to delete his whole Twitter.

Read the tweets and see Warren Stocker’s deleted Twitter below: 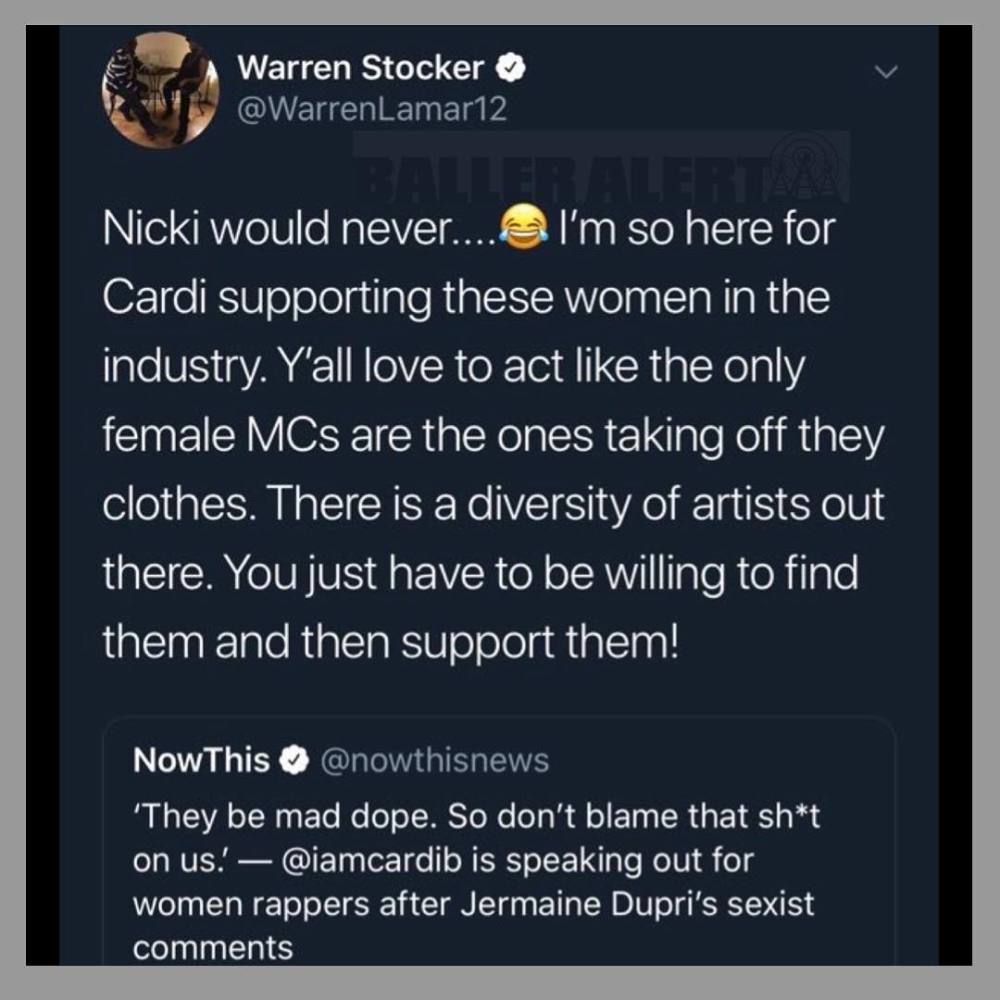 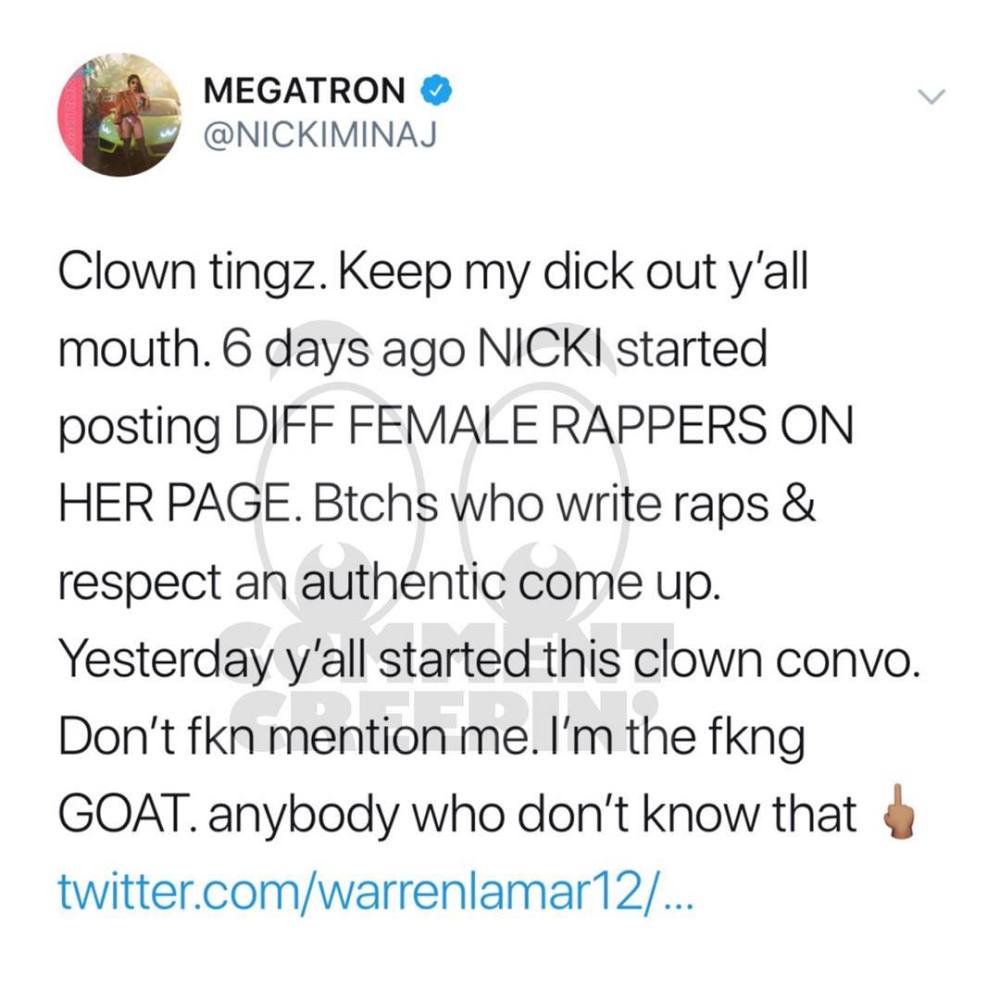 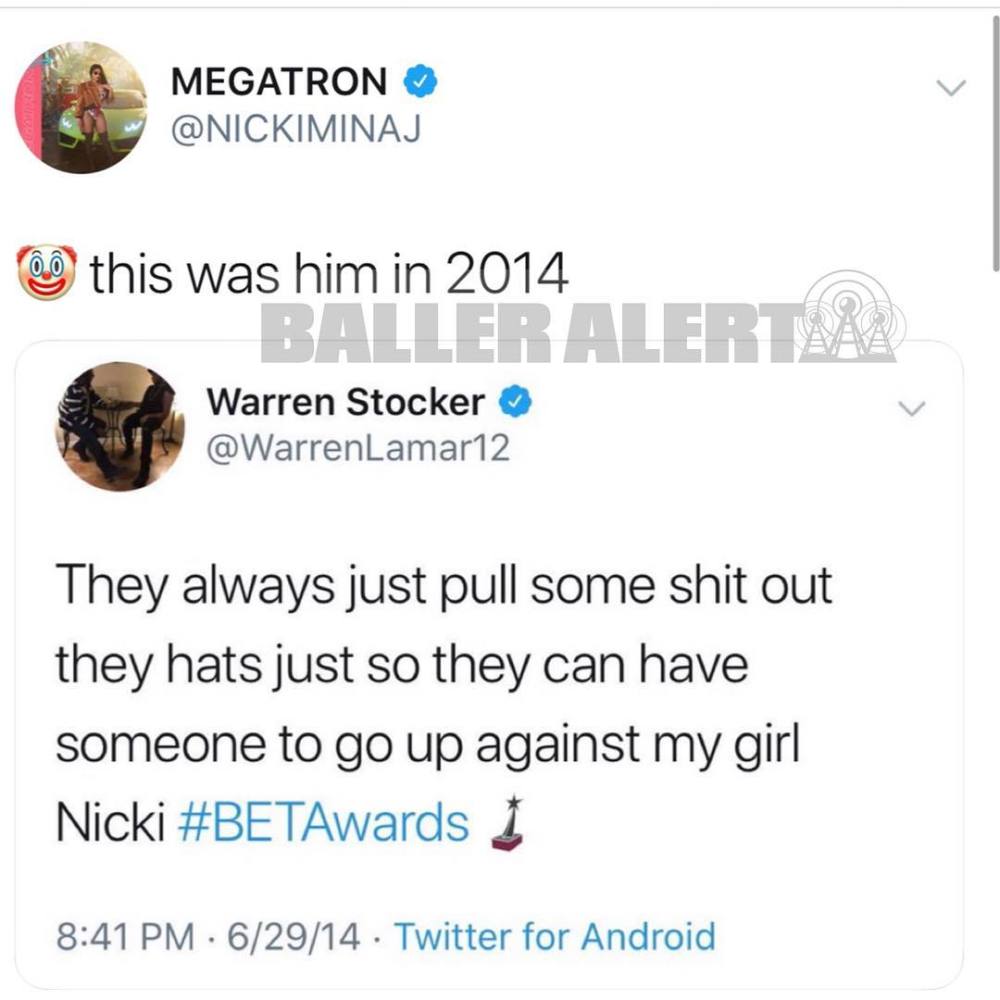 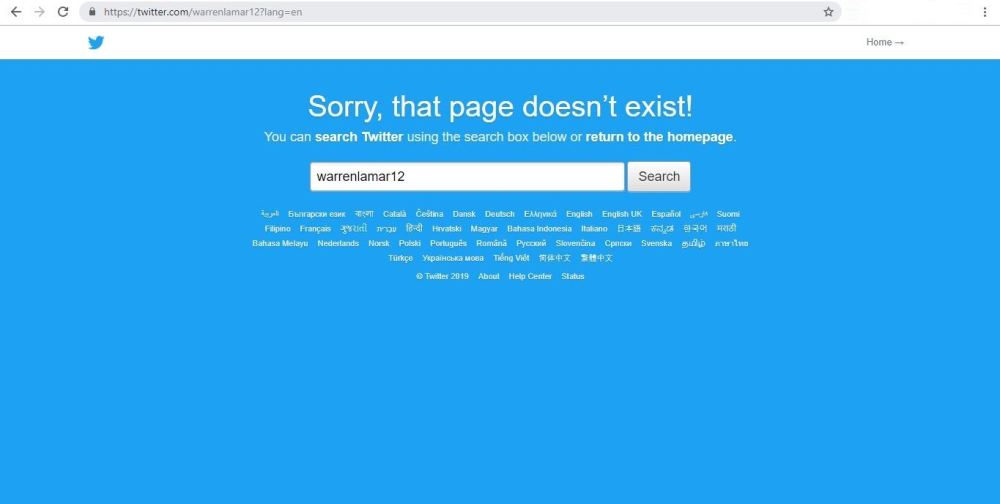