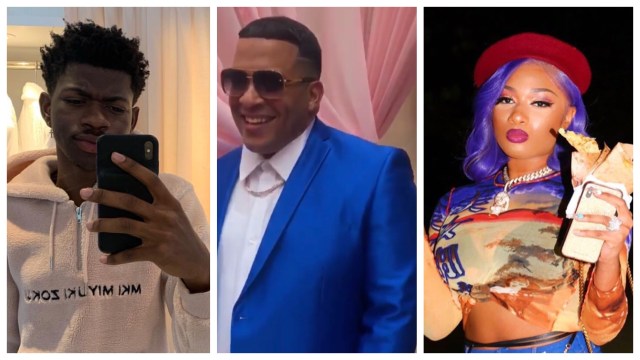 Jason says that Megan and Lil’ Nas X use the LGBTQ community as a “prop” on a recent taping of his Hollywood Unlocked Uncensored show. He brought up Megan’s old tweet when she called someone a f*ggot and says that she uses the gays to build her career. He also said that although Lil’ Nas X came out during Pride Month, he is now turning it into a joke and using the fact that he came out to troll for retweets. Jason then proceeds to call Lil’ Nas X a “little ugly motherf*cker.” Ouch.

Watch what Jason has to say below and tell us your thoughts.

Twitter Reacts to Drake Booking The Millennium Tour Artists For This Year’s OVO Fest [PHOTOS]
Jidenna Dropped the Church Clothes to Show Off His Muscles and The Ladies Can’t Take It! [PHOTOS]