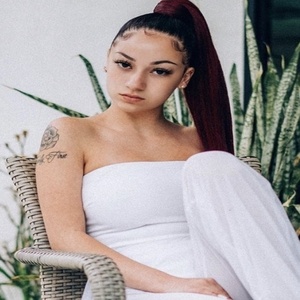 Danielle Bregoli aka Bhad Bhabie has been securing the bag consistently since joining Atlantic Records in 2017. She got her deal after she made a name for herself arguing with her mom and Dr. Phil on his show. She’s gone on to make records with Lil Yachty, Kodak Black, Tory Lanez, Lil Baby, and more.

The 16-year-old is continuing to make big money moves as she signed a $1 million songwriting deal with Pulse Music Group, according to TMZ. The exclusive songwriter and co-publishing agreement was made official on June 12. Pulse Music Group is a subsidiary of BMI.

Bhabie is set to get $350,000 in up front money in addition to two $325k installments at a later date. The $1 million total is an advance on future royalties and will get 70% of future record sales, licensing fees, and digital streaming.

Construction Worker Tells Busta Rhymes He’s A “F*ggot” And That He’ll “F*ck Him Up” During Heated Confrontation In NYC [VIDEO]
Tyga Joins ScHoolboy Q, Lil Yachty, And Tyler, The Creator In Boycotting Sweden By Canceling His Show There For Keeping A$AP Rocky In Jail