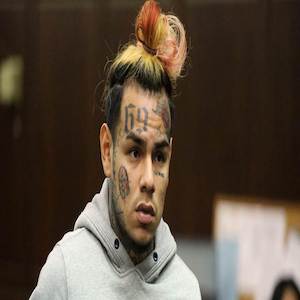 As the time ticks, looks like Tekashi 6ix9ine isn’t wasting any as he has added another high profile attorney to his legal team. This time he hires Jay-Z and Roc Nation’s attorney, Alex Spiro and Quinn Emanuel Urquhart. Spiro is frequently utilized by Hov and Roc nation when it comes to taking legal action. The most recent case was on February 6th when he was hired to help with 21 Savage’s immigration case to get him released from ICE’s custody.

69 is fighting to stay out of prison after breaking code when he decided to allegedly snitch and provide information to the federal government about his affiliates and homies. He has since discredited himself and lost his street cred. Tekashi has been behind bars since November of 2018 for a number of charges. While we have been keeping a close eye on his case on the federal racketeering charges we have witnessed the beef between him and his legal team about getting him out of prison sooner than later as he awaits trial and sentencing.

Although the hip-hop community has been clowning the rainbow haired rapper since he’s been locked up and hasn’t been rooting for his release, it looks like the FEFE rapper paid a pretty penny for the legal heavy hitter to do his bidding for him in court. Tekashi69 already has Lance Lazzaro, Dawn Florio and Emma Maya Greenwood on his legal team.

Even though the music world knew the major backing Hov had for 21 savage when he was locked up, there hasn’t been any reports that he was involved in the hiring of Alex Spiro to Tekashi’s team. Stay tuned, 6ix9ine is set to go on trial on September 4, 2019.