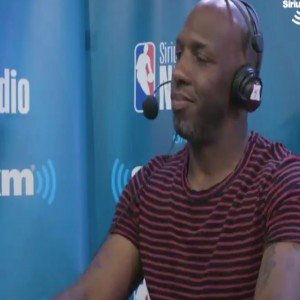 After Carmelo’s departure from the Houston Rockets, it’s been somewhat of a surprise that no other NBA team has offered him a contract. At the age of 35-years-old the 18-year veteran is more than capable of adding valuable minutes to any title contender. Off course it hasn’t been all rosey. Criticism of Melo being a score first guy who doesn’t care about defense has long plagued his playing career. According to former teammate Chauncey Billups, his love for scoring is exactly the reason why he is no longer in the league.

Chauncey thinks Carmelo isn’t in the league anymore because he’s not willing to settle for a lesser role 😳pic.twitter.com/bwOmvJGtiq

Carmelo Anthony seems to be going through a lot this summer. After many months of swooning and romantic gestures in an attempt to salvage his marriage, life presented him with a huge egg on his face when pictures of him and a mysterious woman relaxing on a yacht surfaced on the internet.  Subsequently, this has led to his wife Lala Anthony activate her Hot Girl summer  as she prepares to legally separate from him. And now after this current free agency cycle has changed the landscape of the NBA, Melo is still on the outside looking in.

Mariah Carey Makes Shocking Claim About Her Sex Life in New Cosmopolitan Interview
Armored Truck Falls On Highway In Atlanta With $175,000 Spilling; Police Trying To Go After and Charge People Who Picked Up Money By Looking Up License Plates [VIDEO]