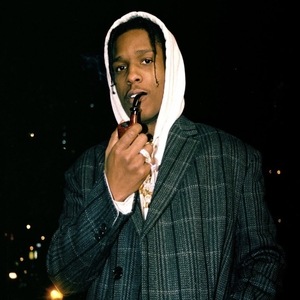 A$AP Rocky will remain in jail in Stockholm, Sweden after catching an assault charge for defending himself and his security from a stalker who followed them for blocks last week. The man and and his friend were supposedly harassing women as well and Rocky stopped that. The stalker ended up hitting A$AP’s security guard with headphones and that resulted in the physical altercations to start.

Rocky recorded everything leading up to the heated moment in his self defense. He’s still in jail as his appeal to be released from custody was denied. He’s supposedly viewed as a “flight risk.” So far, he’s lost over $1 million in show money. Due to the circumstances, he’s now forced to cancel his European tour dates, per HotNewHipHop.

Rocky’s team issued a statement about the cancellations, which including missing the Sonar Festival in Barcelona, Spain on July 19.

“A$AP Rocky is being detained in a Swedish jail for an unknown period of time for acting in self-defense during an altercation that took place. Due to this unfortunate situation he is forced to cancel his European festival and tour dates in July.”

After the two weeks in jail, it will still have to be determined if he will remain there. This is definitely an injustice and Rocky needs to be released soon.

Tekashi 6ix9ine Hires Jay-Z’s Attorney Alex Spiro To Join His Legal Defense Team In Hopes To Get Out Sooner
Master P Talks ‘I Got The Hook Up 2’, Thoughts On Tyler Perry + Black Hollywood on “The Breakfast Club” [VIDEO]