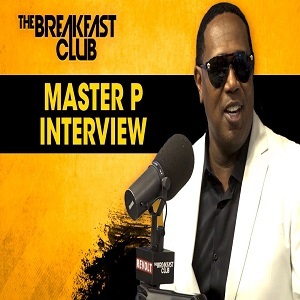 Moguls have existed in hip hop before Master P and they have definitely gone to new heights since him. But, nobody did what P was able to do, how he did it. The New Orleans mogul took over music, with his historic 80/20 deal with Priority Records.

Master P had it all by the time he was 28, so he went out and got more, continuing to stay in the game. When his label died down, P went into management, hiding in plain sight. Now, he has returned to reintroduce himself, financing films.

Coming on “The Breakfast Club” to discuss I Got The Hook Up 2, with DJ Envy, Angela Yee, and Charalamagne Tha God, Master P had another business conversation. He offered his take on black ownership and hinted at some kind of friction with Tyler Perry. But, he also told the beautiful story of bringing Hollywood to his native New Orleans.