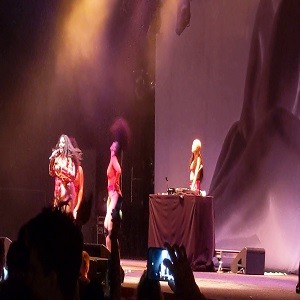 Over the past two years, Lizzo has slowly been rising, becoming a major figure in the game. Her music has been all over the place, especially over the past few months. The world was formally introduced to Lizzo, during the BET Awards, last weekend.

Lizzo, since then, has gone back on the road, performing several shows. Among her performance was in Milwaukee, for their annual concert, Summerfest. While Lizzo brought down the house, she did not like how she was treated by all.

After her performance, Lizzo spoke out against the Summerfest security. Making bold accusations, calling them racist, Lizzo didn’t like how they treated her team. She said they “tackled and attacked” her team, hence the reason she spoke out.

Blueface accused his mother of clout chasing, kicking his mom and sister out of his house, apparently choosing his girlfriend over them [PHOTOS + VIDEO]
Lil Nas X speaks on coming out, saying he was tired of being in the closet, and said he was inspired by Glastonbury