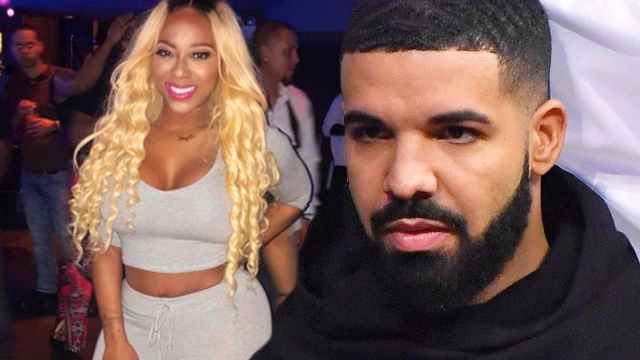 While Champagne Papi was out here turning up for the Raptors, he was quietly paying off a woman who accused him of sexual assault.

A woman who accused Drake of sexual assault, and was privately paid a settlement of $350,000 after negotiating with the star, has now filed a complaint against her own attorney which lays out graphic details of the incident. However, Drake’s team believes she is lying about the incident, and have now contacted law enforcement to investigate.

The complaint, obtained by The Blast, was recently filed by Laquana Morris, aka Layla Lace, with the New York Attorney Grievance Committee.

According to the complaint, Morris states:

“I, Laquana Morris signed a retainer agreement with Alexander Cabereiras on January 23, 2018. I explained to him that I was sexually assaulted by the rapper Drake.”

Morris then went into great detail and explained, “How Drake forced me to perform oral on him. It wasn’t your ordinary oral it was more so a fetish where he measured a cup and demanded that I spit in the cup until he had measured it. Afterward he dumped the spit on my face repeating, ‘I wanna see your face messy.'”

Morris also states, “Being that the incident happening in Manchester UK I had to file a police report over there. I called the Manchester Police Department in June 2017.”

Drake was investigated by authorities in the UK based on Morris’ complaint. The rapper was eventually cleared of any criminal wrongdoing. Sources close to Drake tell us he was cleared by law enforcement because the story “simply isn’t true.”

Afterwards, the lead investigator sent Laquana an email explaining that the reason he wasn’t prosecuted is that they couldn’t secure a “100%” conviction.

While describing the criminal case, Morris claims, “Drake was being investigated for sexual assault. The officer that was running the case Simon France contacted me and stated that it just wasn’t enough evidence and that no further action would be taken. That the CPS would only take the case to court if there was a 100% chance of prosecution.”

We have obtained a copy of the email, the investigator describes how they spoke to Drake and he is aware how this affected Morris. The officer also states that they would help in any way for a possible civil case.

According to Morris, during this investigation, her lawyer Alex Cabereiras began negotiations with Drake’s attorney, who she claims, “begged that we didn’t [file a lawsuit] and suggested that we wait until Drake is done with his criminal case to discuss mediation. He also offered to sign a tolling agreement, so he did.”

A tolling agreement essentially serves as an agreement to waive a claim that litigation should be dismissed due to the statute of limitations.

The legal documents describe the ongoing negotiation of the settlement amount, to be paid by Drake to Morris, between the two parties.

Specifically, a July 2018 meeting is described in NYC where she claims an offer was formally made, but her attorney’s advised her to decline by saying, “it’s not a good enough offer and to not accept the first offer.”

Laquana then alleges she was blindsided by Drake after the hip-hop star filed a lawsuit against her for civil extortion, emotional distress, fraud, defamation, and abuse of process.

In the suit, Drake claimed he and the Instagram model hooked up at his hotel after a concert, where the two had consensual sex. Specifically, “Layla also voluntarily and seemingly happily performed oral sex.”

The lawsuit detailed how Drake believed the attempts to cash in started with a pregnancy claim. After she allegedly refused to do a paternity test, Drake claimed Morris changed the story to the sexual assault and went to authorities.

The “God’s Plan” rapper also included text messages that show conversations, between the pair after the incident, which appeared to show she had no issues with him.

The suit claimed Morris refused to take a paternity test and then Morris and her lawyer went radio silent. Drake says the whole thing was a scam, and claimed “There is no credible evidence of pregnancy, nor any baby, which would have been born last Fall.”

Vic Mensa claims he was sexually assaulted by Tiffany Haddish, saying a simple conversation turned into her grabbing his privates
Kawhi Leonard lookalike pranked several fans at the Raptors’ championship parade, taking selfies with many of them [VIDEO]