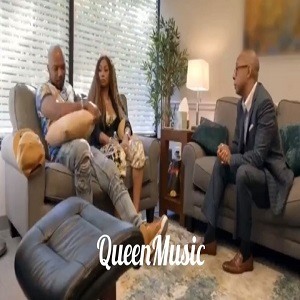 Back from Trinidad, Karlie Redd got back into the drama she has had with Arkansas Mo. Like most other seasons, Karlie has a new man in her life, and he is the one. Unlike the other men, Arkansas Mo is a little more than just possessive.

Karlie revealed to Mimi and Shekinah that Mo imposes such rules as a curfew on her. Meanwhile, Mo had a whole child right when they first got together. Engaged, Karlie is actually stressed, so she took Mimi’s advice and sought Dr. Jeff’s therapy.

Read the tweets about Karlie below: 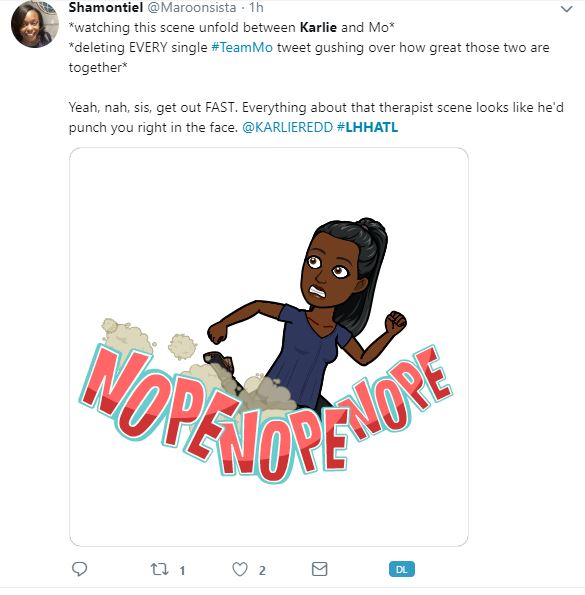 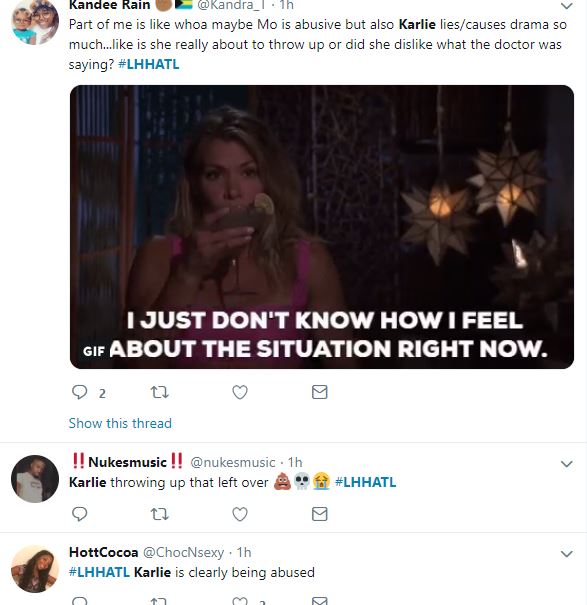 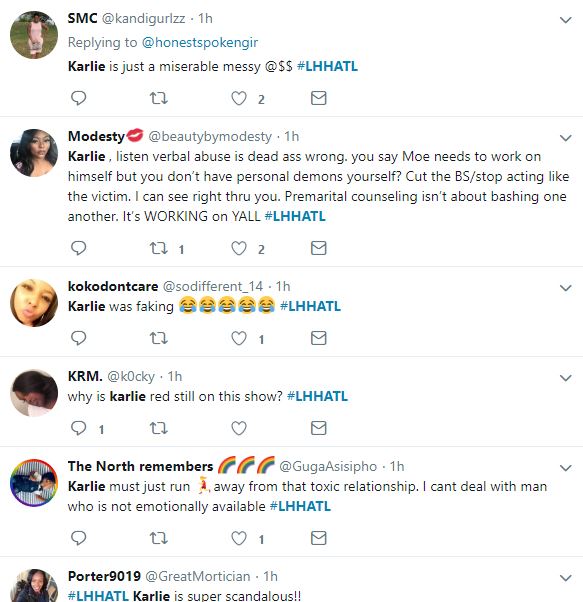 Sharonda is the problem, says Twitter, blaming unprofessional attitude for the shop’s failures and fans also think she looks like Momma Dee #LHHATL
Twitter was not here for BK Brasco going off on Sierra, telling her she goes from man to man, at her house, mad about cheating, when he cheated, too #LHHATL