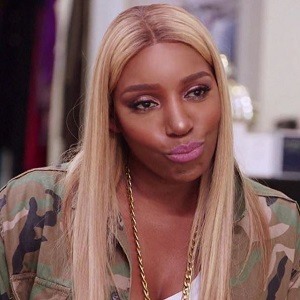 The self-proclaimed “rich b*tch” of ‘Real Housewives Of Atlanta’ might be missing in action for the first few episodes of season 12.

According to B Scott:

As revealed during the reunion, NeNe’s altercation with producers was way more intense than we saw. We saw NeNe rip a cameraman’s shirt, but Porsha Williams and Kandi Burruss shared that one of the crew members ended up in the hospital with a missing tooth after NeNe put her hands on him.

For that reason, in addition to NeNe’s ‘bad attitude’ in dealing with producers and execs behind the scenes, sources tell lovebscott.com that NeNe has been forced to “sit out” for at least the first part of the season — maybe longer — as the ladies begin filming.

NeNe is being paid per episode, so every filming she misses is money out of her pocket — so we’re sure she’s not thrilled.

As we’ve exclusively reported, Kenya Moore’s return is a done deal and she’s preparing to film season (with a raise, contrary to other reports) and we’ll get to see her husband AND baby Brooklyn.

We’ve also been told that the network is on the hunt for a new housewife with a BIG name to draw viewers.

In the words of Nene Leakes…BLOOP!

Black woman, Elda Shepherd, details nightmare experience at Dominican Republic resort, where a man came in her hotel room NAKED, while she was sleeping [DETAILS]
Beyoncé has her publicist release a statement, for the #BeyHive, regarding their death threats to Nicole Curran, asking them to not spew hate [PHOTO]