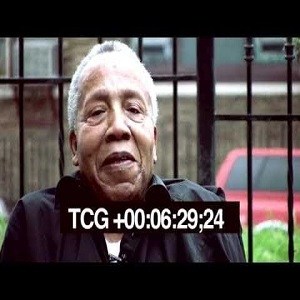 That portrayal immortalized Frank Lucas, despite disputes of how factual his actions really were. But, Frank Lucas did amass millions, during the 1980s drug trade. In his documentary, Lucas explained his entrance into narcotics as simply him wanting to become rich.

Frank Lucas managed to live two different lives, both of which were highly successful. The first time around, Frank was a gangster, eventually paying for his crimes, in prison. In his later years, Frank was reformed, becoming something of a TV personality, and author, but died today at 88, as Twitter pays respects.

Read the tweets about Frank Lucas below: 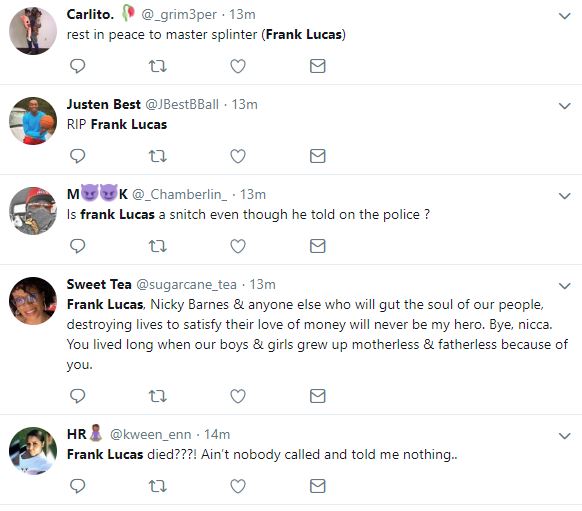 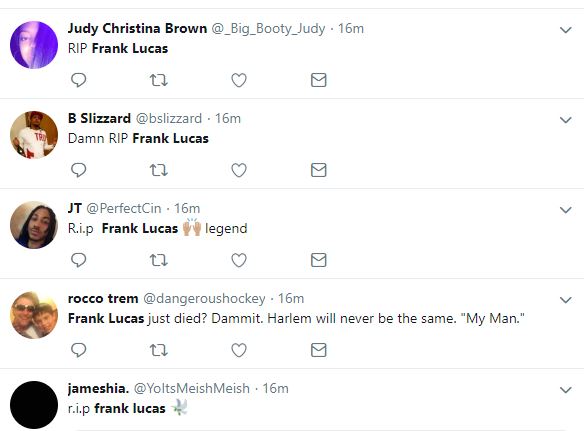 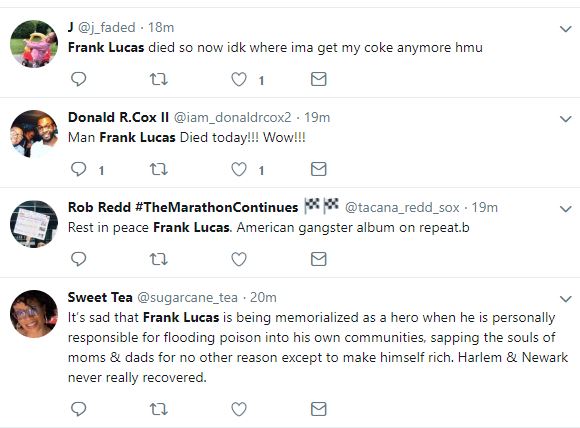 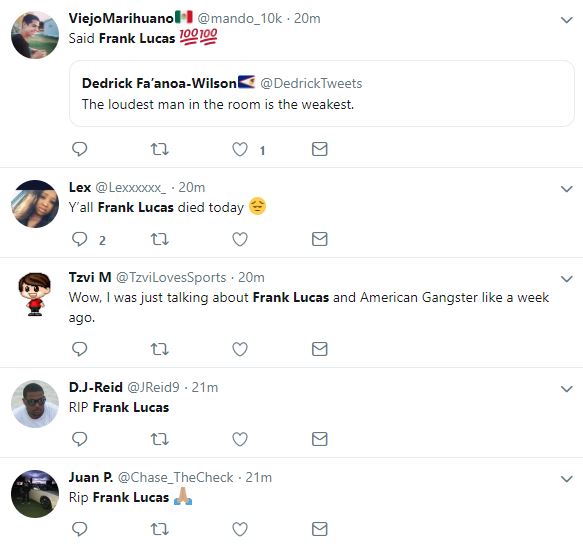 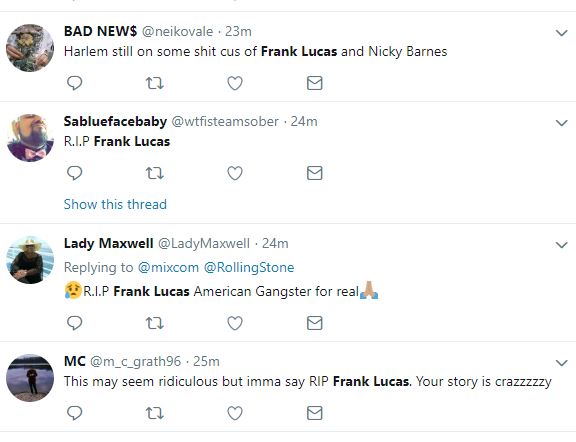 #LHHATL’s Tommie Lee Avoids 54 Years In Prison For Throwing Daughter Into Locker At Her School; Ordered To Take Residential Recovery Program and a Year of Aftercare With Doctors
#PrayForVirginiaBeach: Virginia Beach shooting, at municipal complex, leaves twelve people dead, and several more injured, as Twitter gives more frustration over the continued mass shootings, this time by a “disgruntled employee” [VIDEO]