Skip to content
You are here
Home > Hip Hop News > Jamal Bryant, Gizelle from #RHOP, ex, showed up on “Love & Hip Hop Atlanta,” with Scrapp, tonight, and Twitter clowns him, saying they wouldn’t take his relationship advice, because he cheated #LHHATL 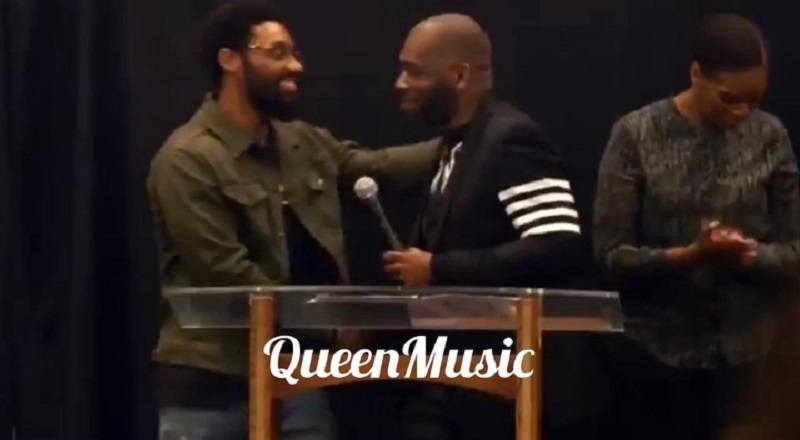 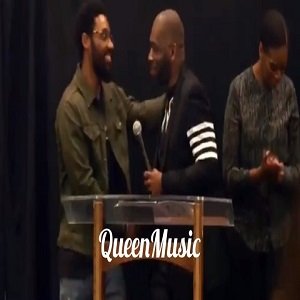 Pastor Jamal Bryant is well-known on social media, but more casual television viewers know him best for being on “The Real Housewives of Potomac.” There, he was Gizelle Bryant’s husband, but cheating ended that relationship. Now, he shows up in Atlanta to give back.

In 2016, Scrapp joined “Love & Hip Hop Atlanta,” along with KK, his mother, and Sas, his brother. The family was introduced as “infamous,” but Scrapp and Sas have proven to be good guys. A prison stint would cut Scrapp’s time short, but he had Tiarra, Tommie, and Karlie.

Scrapp got out and was involved with Moniece, before Tiarra got in the middle of that. On tonight’s episode, Scrapp was introduced to Sierra, at the Jamal Bryant event that he is a part of, as she and BK Brasco recently broke up. Not only did Jamal Bryant speak to the ex cons, he offered relationship advice that went ignored by Twitter, who clowned him for his #RHOP drama.

Read the tweets about Jamal Bryant below: 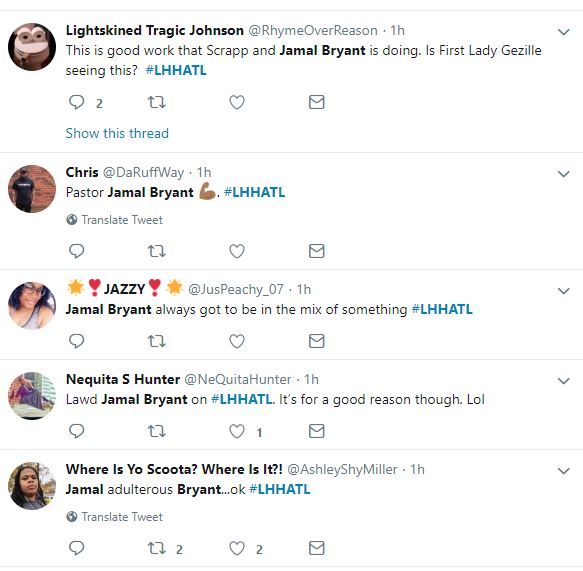 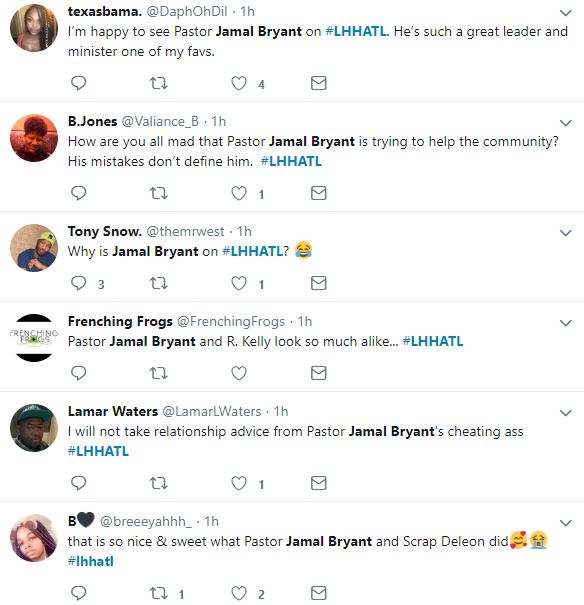 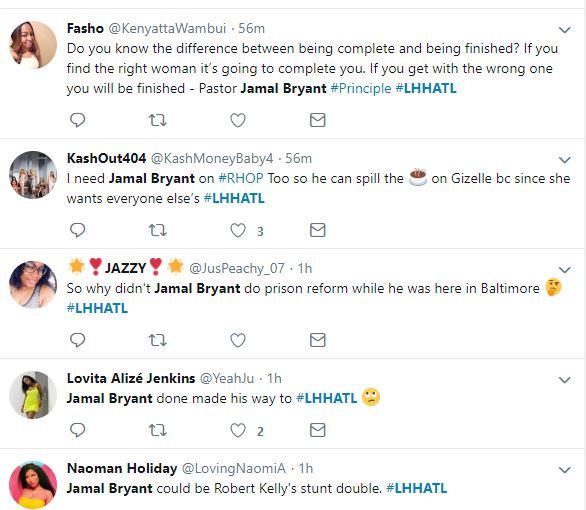 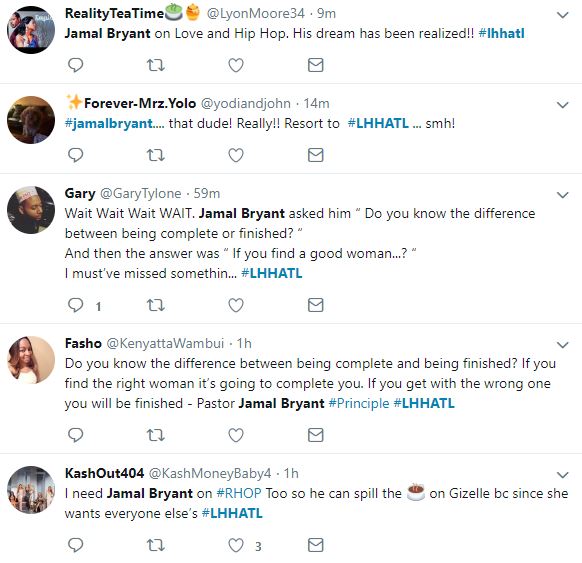