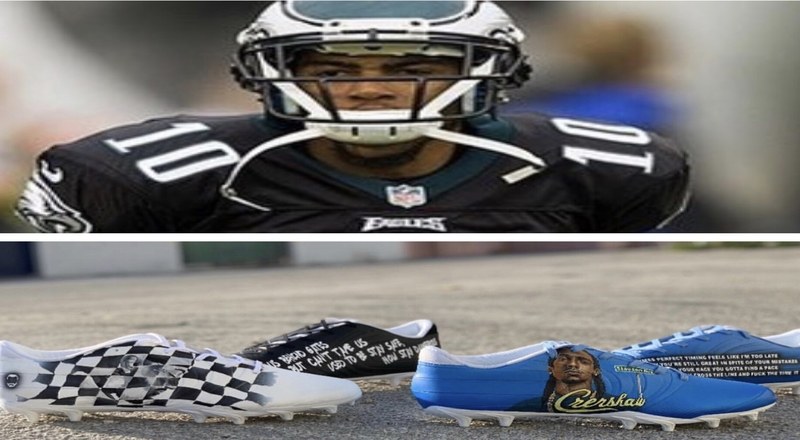 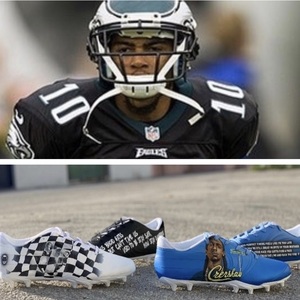 DeSean Jackson is back with the Eagles after getting traded last month from the Buccaneers. Philly is where he first started in the NFL after getting drafted by them in 2008 in the second round. He spent five seasons with them from 2008-2013.

Jackson will be getting creative on the field this season as he will be paying homage to fellow Los Angeles native and the late Nipsey Hussle with customized cleats, according to TMZ Sports. They will have Nip’s face on them along with lyrics from his songs.

The cleats will be made by famous shoe creator Marcus Rivero AKA Soles By Sir. Jackson will receive two pairs of cleats. One features the famous Nipsey blue with his face on it and Crenshaw lettering. The other pair features a white and black colorway with the marathon flag design.

Check out Jackson sharing the two pairs of cleats honoring the LA legend on Instagram below.