Skip to content
You are here
Home > Articles > ‘Insecure’ Star, Natasha Rothwell, Tweets That She Refuses to Support Kanye West’s Sunday Service at Coachella Because He Supports Trump 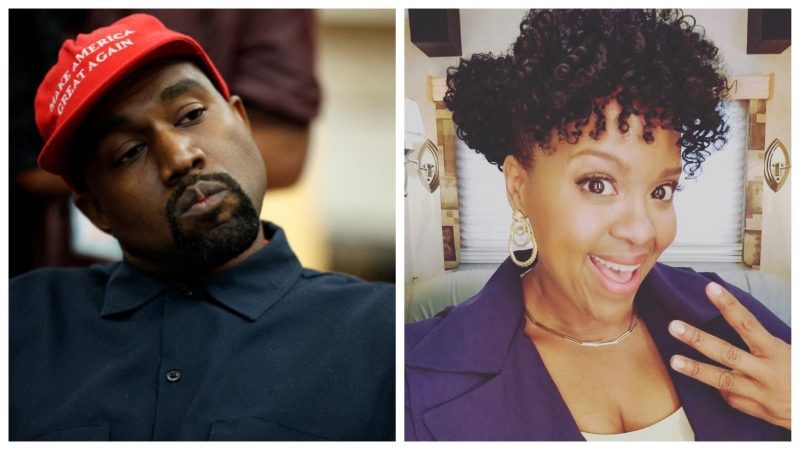 Did we forget that Kanye West was just walking around supporting Donald Trump in his red ‘Make America Great Again’ hat or do we not care anymore?

‘Insecure’ star, Natasha Rothwell, is here to remind you that even though Kanye is holding a Sunday service at Coachella, the man still supports someone who is ruining our country, She tweeted:

”Yeah, no. I REFUSE to support a man who proudly supports a racist, homophobic, xenophobic, transphobic, Islamaphobic, anti-Semitic president whose policies endanger the very people who subsidized his career just because he’s selling redemption dressed up in church clothes. GTFOH.”

I’m going to have to agree with Natasha on this one. We can’t forget what Kanye has done by openly supporting Trump. He used his platform to support someone who does not give a damn about black people. We can’t let him singing a few “gospel” songs and selling overpriced brown T-shirts stop us from cancelling him altogether. 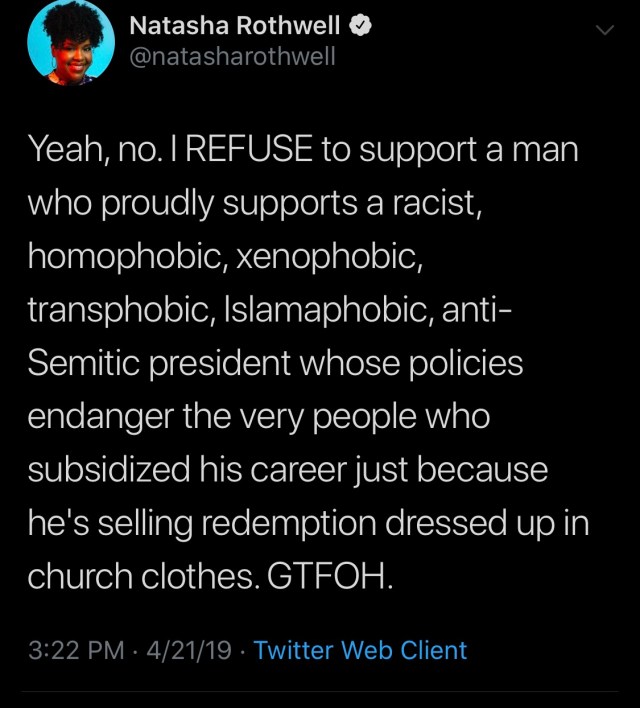