Skip to content
You are here
Home > Hip Hop News > Eva and NeNe get dragged by Twitter; #RHOA fans go at NeNe for knowing she was mic’d up and Eva for not knowing whether she wants to beef or suck up to NeNe #RHOAReunion 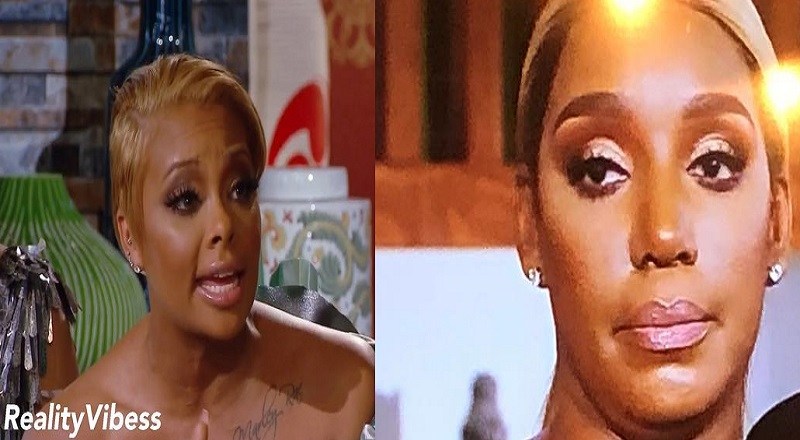 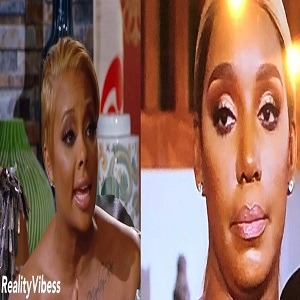 When Eva Marcille was first introduced to “The Real Housewives of Atlanta” cast, she was introduced as NeNe’s friend. Historically, NeNe has been rough on her friends, though. The initial days of the show, originally, NeNe was friends with Sheree and Kim Z.

Ultimately, NeNe ended up being at odds with them both. By the time both Kandi and Phaedra joined the show, NeNe disliked them, but would take Porsha under her wing, before turning on her. She shared a brief friendship with Kenya, before becoming her arch-rival.

This season, NeNe has gone back and forth with Tanya, but was completely out with Eva. For a while, there, Eva was giving as good as she got with NeNe, before moderating her tone. Because of that, the fans were going in on both NeNe and Eva, NeNe for knowing she did Eva wrong, and Eva for not standing up.

Read the tweets about Eva and NeNe below: 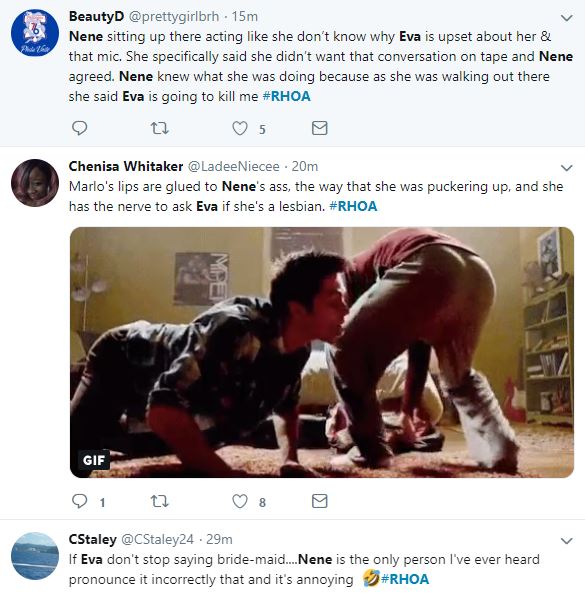 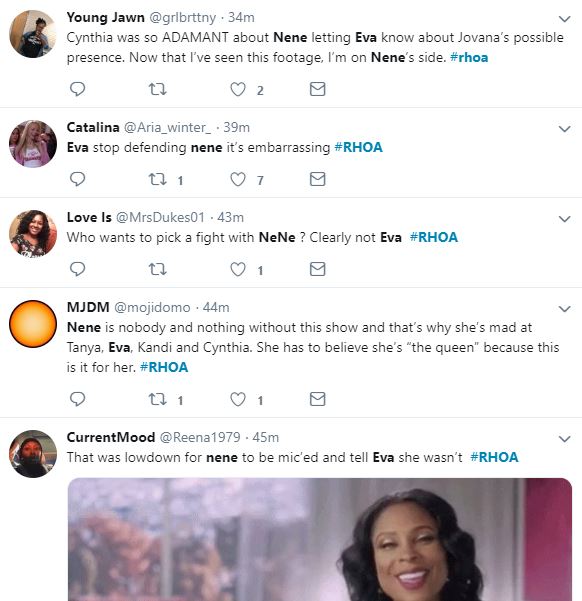 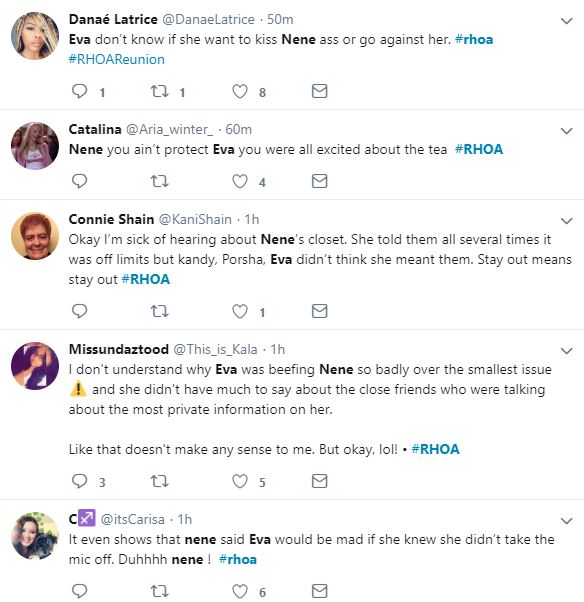 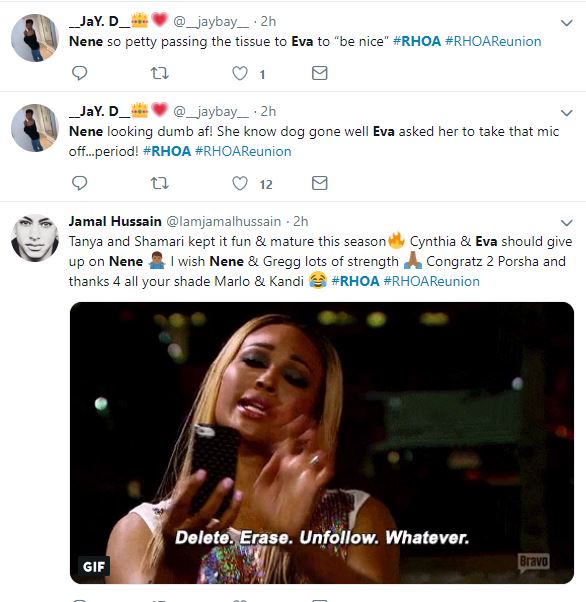 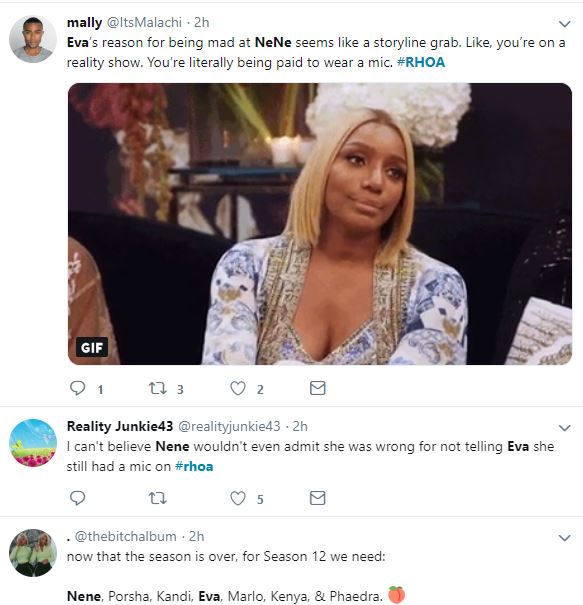