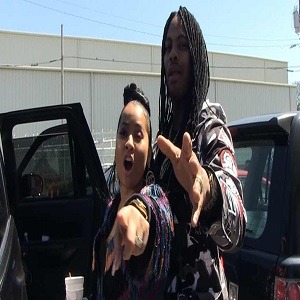 Since 2014, Waka Flocka Flame has been more of a television personality than a rapper. When he was actively making music, Flocka made hits, though. On television, he quickly became a fan favorite, along with Tammy Rivera, his wife.

The couple has been open about their marital issues, with Tammy confessing that Waka cheated on her, on “Love & Hip Hop Atlanta.” It was those issues that led to them doing “Marriage Boot Camp,” along with plenty ex-“Love & Hip Hop” stars. Waka and Tammy chose to stay.

With “Marriage Boot Camp” wrapped, Waka Flocka Flame and Tammy chose to stay with each other. The drama Tammy had with how the show edited those last episodes was replaced with Daniel Caesar’s controversial comments about black/white relations. This led to Flocka telling TMZ he doesn’t think Daniel should offer commentary, due to him being Canadian.