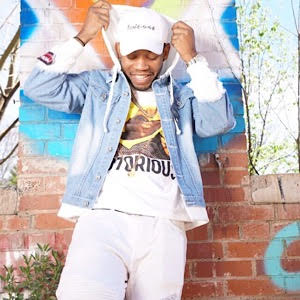 Buzzing out of Athens, Georgia is the lyrically inclined, Squallé. The Georgia spitter is an old soul, with a stage name that reflects him as an artist. His sound fuses modern day lyricism with a 90s backpack rap flow over a variety of beats such as hard hitting 808s and smooth melodies. The conscious rapper’s wise and original blend of lyrics paired with smooth flows that are audible with beats that are reminiscent to classic R&B with an array of jazz flavors, make for a time-traveling sound and easy listening.

The Athens native intertwines authenticity, intelligence and life experiences into his word play to paint a vivid picture of life lessons while smoothly taking listeners on a passionate ride to the soul. With heavy influences by legends such as Jay-Z, Nas, Rakim, Big K.R.I.T, OutKast, and J. Cole, it’s obvious as to why his passionate rhymes ring bells all over the country and set the rap game ablaze.

The multifaceted rhymer busted on to the scene with his debut project, Real Rap Ain’t Dead,’ and showcased just that! His first project set the streets on fire. After garnering so much positive feedback, when he released his follow up project, No Squares Allowed, there was no way he could top it. The love was so real that Squallé continued to hit the ground running with his music career and began dropping projects back to back. He wouldn’t take his foot off their necks and dropped his third self-titled project, Squallé Shottem, and then Black PiccasSoul, which was named one of the top albums of that year. Not easing up on the releases, he created the “Trinity” of chart topping projects when he released his highly anticipated projects, Dope Souls and Iconic Soul.

Squallé has unearthed his true passion for music and has honed his craft so that he can utilize his skills to inspire others. Throughout his musical journey, Squallé has performed at countless shows from coast to coast, in locations such as Los Angeles, Georgia, Florida and many more. Not only is he a lyrically precise rapper but an activist as well, who wants to use his music to make a difference in his community. Some performances include rallies about inequality for he has a strong passion for being at the forefront of change. In hopes to do just that, he created the organization Black Liason to be the change in kids lives he hopes to see. The organization, which he refers to as “A dope clique of individuals,” volunteers at the local schools and provides kids with the tools needed for success. Even with all the love and accomplishments he’s received, Squallé remains a humble soul. It’s clear that there’s no stopping the mass hit maker and fans are all the way here for it! With his pen in one hand and pursuit of happiness in the other, Squallé is within arms reach of becoming a truly Iconic Soul.