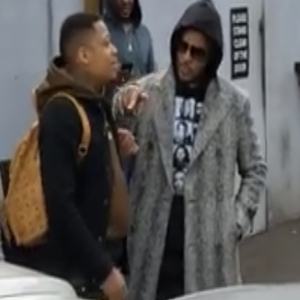 T.I. is standing firm on his boycott of Gucci as he’s still not wearing the high-end brand because of them selling a racist blackface sweatshirt. At a recent event, T.I. spoke to a young man who was wearing Gucci and wasn’t feeling that at all.

The man tried to respond by saying that Tip used to rock Gucci before the controversy. T.I. defended himself by saying that the brand showed their disrespect and the support ended there.

Gucci has tried to make improvements as far as making up for their mistake and bringing more diversity in their departments since the incident but they haven’t done enough to show that they changed their ways. You can’t be that out of touch with reality to not know what’s racially offensive. Expect T.I. to continue this boycott. Some celebrities are continuing to wear it despite the backlash, such as Floyd Mayweather, Adrien Broner, and Kodak Black.

Check out T.I. dropping gems below.

Continue Reading
You may also like...
Related Topics:gucci, t.i.