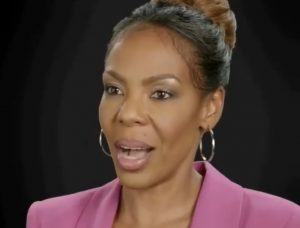 If you thought you saw the last of Drea Kelly on ‘Surviving R. Kelly’, you thought wrong. Drea is now joining the cast of ‘Growing Up Hip Hop: Atlanta’ and it looks like she will be speaking about her ex-husband, R. Kelly.

The singer was released from Illinois’ Cook County Jail on Saturday, March 9th after a $161,663 child support payment was made on his behalf. He was taken into custody three days earlier, after failing to come up with the money he owed to Drea at a court hearing on March 6.

Drea, who was married to Kelly from 1996 to 2009, accused him of abuse in Lifetime’s Surviving R. Kelly docuseries (he has denied those allegations). She opened up about finding the strength to come forward in an emotional Instagram post in January.

“Thank God for his grace, guidance, love AND deliverance,” she wrote. “I celebrate the woman I am TODAY! Though some want [to] ‘expose’ the pain filled, scared, abused women I was…..STOP! I AM No longer afraid. No longer willing to silence my PAIN AND SUGARCOAT THE ABUSE I ENDURED because of how my abuser and his LEGAL TEAM were THREATENING to come against me if I ‘didn’t choose wisely.'”

The show will reportedly return to tv this summer. Will you be tuned in?