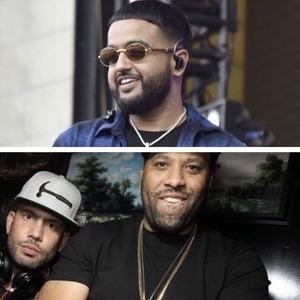 Nav’s second studio album ‘Bad Habits‘ is set to be released tomorrow and originally had Lil Uzi Vert appearing on it. That won’t be the case now as DJ Drama and Don Cannon won’t clear the verse, according to Nav on his Instagram Story. Uzi originally signed to Drama and Cannon.

Nav added that he used to be a big fan of Drama’s Gangsta Grillz mixtapes and always thought he supported new artists. He thinks that Drama and Cannon are just all about the money now. Uzi recently said that he retired from music so this could be playing a role in Drama and Cannon not wanting to clear the verse. Uzi recently said label issues have been the cause of him retiring from music. He’s also signed to Atlantic Records.

Check out Nav addressing not getting Lil Uzi Vert on his album below. 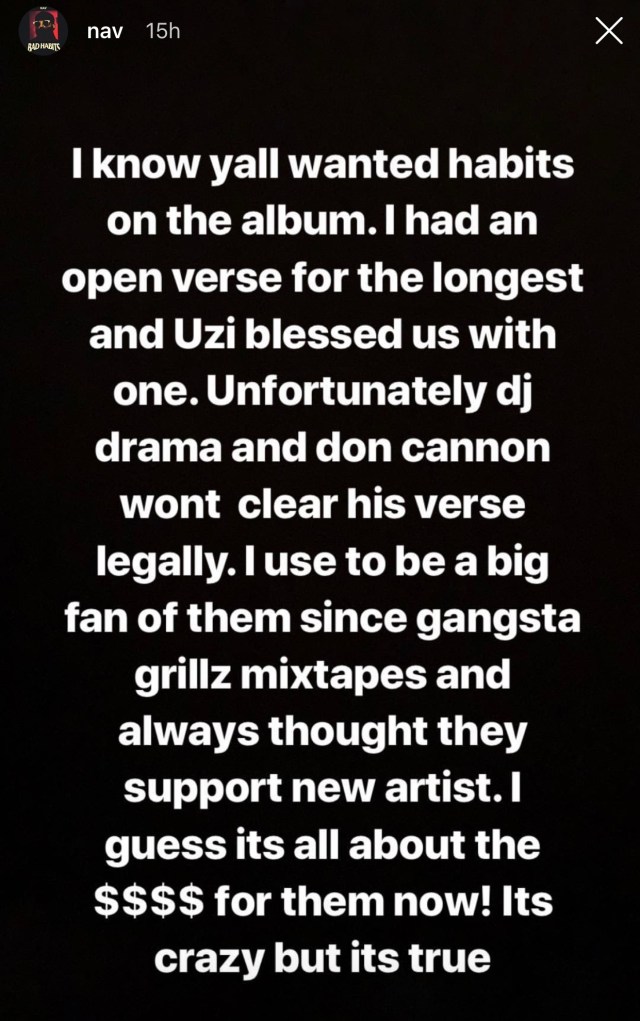