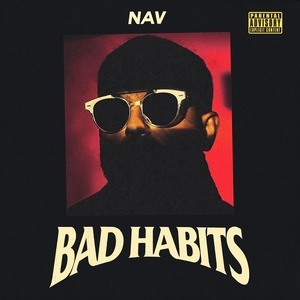 Nav’s second studio album ‘Bad Habits‘ is set to drop at midnight tonight and the tracklist is officially here. Nav said that Lil Uzi Vert won’t be on the song ‘Habits‘ due to DJ Drama and Don Cannon refusing to clear his verse.

Aside from the Uzi Situation, Bad Habits still includes a star-studded lineup. It contains 16 tracks with features from The Weeknd, Meek Mill, Gunna, Young Thug, and Lil Durk. One notable song on this list is Nav shouting out Ralo on the track ‘Ralo.’ Ralo is locked up on drug charges and is looking to be released from prison this year after being taken into the feds last April.

Nav released his debut album ‘Reckless‘ in 2018 and saw much success with it. That project included the singles ‘Wanted You‘ feat. Lil Uzi Vert, ‘Freshman List,’ and ‘Champion‘ feat. Travis Scott.

Check out the full tracklist for Bad Habits below.

Waka Flocka Flame responds to Daniel Caesar’s rant, from yesterday, thinking he shouldn’t be speaking on Black American issues, since he’s Canadian [VIDEO]
Erica Mena Breaks Her Silence About The Death Of Cliff Dixon: “I’m So Sorry This Happened, You Didn’t Deserve This” [PHOTOS]