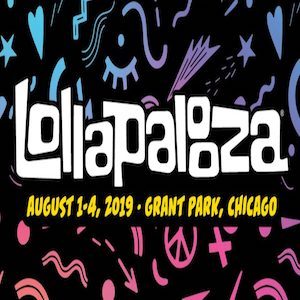 The 2019 Lollapalooza lineup has been announced for this year’s festival. Ariana Grande, Childish Gambino, Twenty One Pilots, and The Strokes are set to headline the festival. The festival is kicking off August 1st concluding on August 4th and will be held at Grant Park in Chicago, IL. Other artists headed to the Windy City to take the stage are Tame Impala, J Balvin, Lil’ Wayne, Janelle Monae, 21 Savage, Meek Mill, H.E.R., 6lack, Lil’ Baby, Gunna, J.I.D., Rich The Kid, Saba, Normani and many more.

The Chicago mega festival lowkey announced a portion of its 2019 lineup last night (March 19th) by posting a video in partnership with the animal shelter PAWS Chicago. They cleverly weaved in clues about 2019 Lolla performers into footage of dogs available for adoption in the Chicagoland area. Take a look at the dog-filled announcement video below.

These astonishing performers are slated to take the stage at the festival and we couldn’t be more excited! From the beautiful vocals of Ariana, Normani, Janelle Monae and H.E.R. to the live performances by 21 Savage, Rich The Kid, and 6lack – this is a lineup that you don’t want to miss!

Make sure to get your tickets for this lit event! Tickets are on sale now, click here.

@redbone_noe, Kenneth Petty’s ex (Nicki Minaj’s boyfriend), shares photo of blood splattered on her kitchen floor, accusing a man of coming into her house and trying to shoot her; Fans accuse her of lying, dragging her in the IG comments [PHOTOS]
Kevin McCall responds to his ex, Eva Marcille, saying her husband, Mike Sterling, is Marley Rae McCall’s father, on #RHOA [VIDEO]