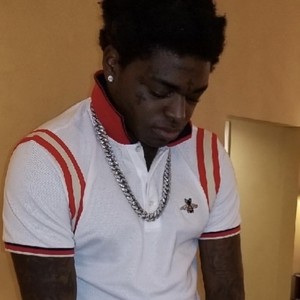 Kodak Black has been surrounding himself with drama as of late by doing everything he can to try to get Young MA. He even asked the controversial question of what woman doesn’t like to be penetrated.

Kodak also released his second studio album ‘Dying to Live‘ in December 2018 and saw much success with that project which included the platinum single ‘ZEZE‘ featuring Offset and Travis Scott. He’s now feeling himself so much to the point where he think he’s in the same category as 2Pac, The Notorious B.I.G., and Nas. Kodak was on Instagram Live expressing his confidence.

Kodak also said he’s the hardest rapper out and the music he puts out is deserving of him to be in the category of these hip-hop legends. He thinks people need to listen to what he’s saying in his music. He added that people won’t agree with him because of how he acts on social media and outside of music. He’s definitely catching heat for comparing himself to Pac, BIG and Nas now. He’s already in hot water for recently dissing Lil Wayne and going through the Young MA controversy.