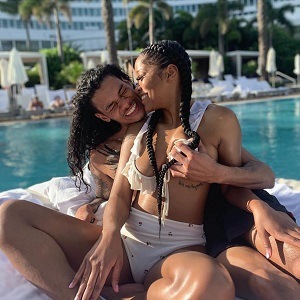 Like most child stars, Keke Palmer has gone through her struggles, since rising to fame. The early years for Keke were golden, but being an adult, her mistakes have been magnified. But, Keke Palmer has managed to do something a lot of haters need to, find some love.

A year ago, Keke Palmer began posting a “mystery man.” There were a lot of questions about who the guy Keke Palmer was dating. The fans were so interested that they went as far as digging up the likes on her posts to find him.

Elvin RD Jackson ended up being the man Keke Palmer was with. Not much has been said about them, since then. Tonight, though, Elvin let the whole world know what the deal is, as he shared this photo of him holding his woman, grabbing onto her chest, and saying “she’s a handful.” 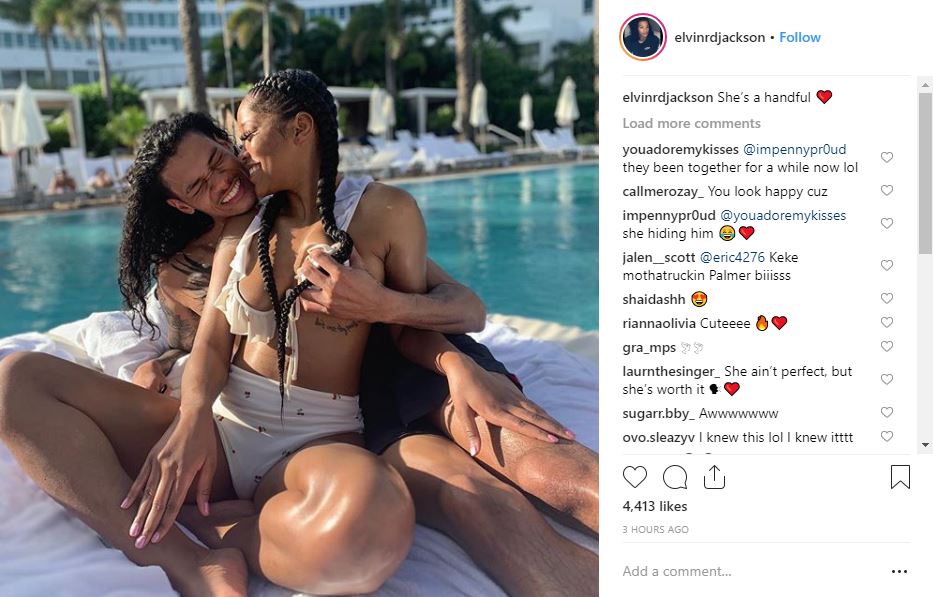 Finish Her! The Game Drags “Mega Mind” Tomi Lahren To The Border and Back For Tagging Him in a Post Calling Him a “Classless Rapper Who Degrades Women” [PHOTOS]
Kodak Black Says He’s In The Same Category As 2Pac, The Notorious B.I.G., and Nas – “I’m The Hardest Rapper Out” [VIDEO]