Tomi Lahren needs to just leave The Game alone. She recently reignited their beef after she tagged him in a post comparing her looks in high school to her looks now. At the end of her speech about being a role model and having beauty and confidence, she calls The Game a “classless rapper who degraded women for attention.”

The Game responded saying “listen here semen chugger, as long as you have that forehead & that baby giraffe wee wee of a nose, you’ll never win…you’re a closet racist & exact opposite of the role model for young girls of any color…you had 9 plastic surgeries because you hated yourself & after that when stripped of all make up, still look like a peeled orange…you can never UNSWALLOW all the d*cks you sucked on the way up…”

Whew. Take a look at both of their full posts below. 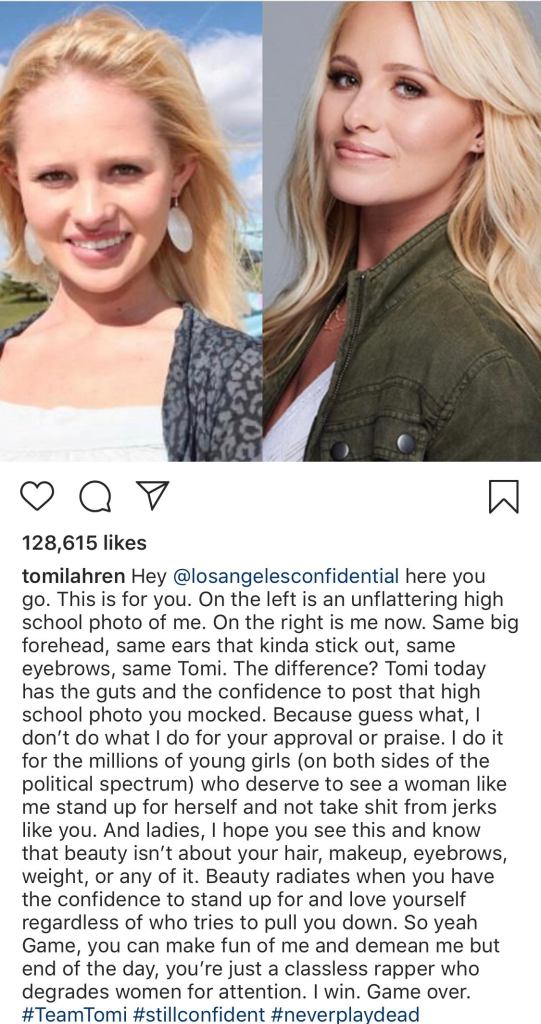 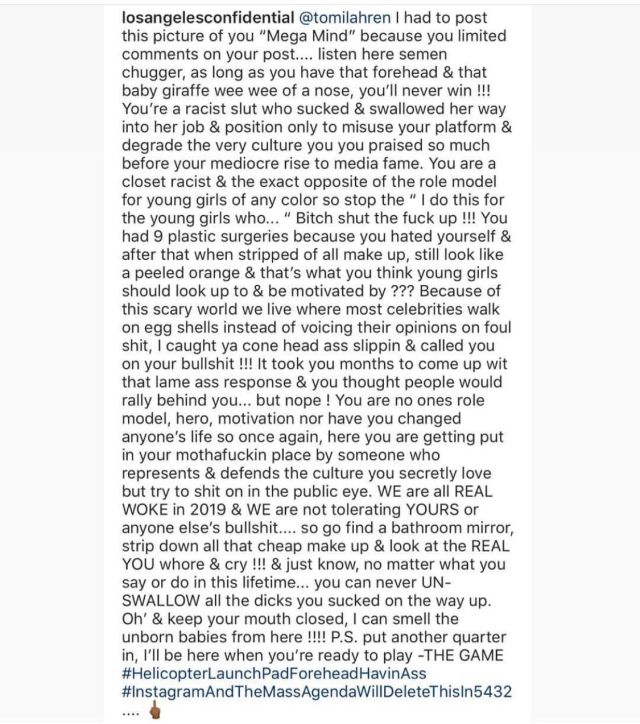 Continue Reading
You may also like...
Related Topics:instagram, the game, tomi lahren