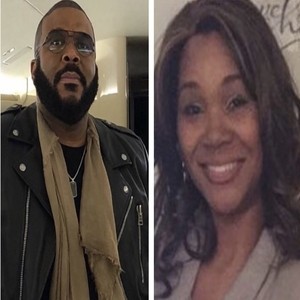 Tynesha Evans is a woman who was killed over the weekend at a local bank. Her boyfriend Othniel Inniss had originally called her to meet her at the bank so he could give her rent money. That’s not what happened as he shot and killed her. Evans was already struggling financially at the time.

Now, Evans’ family is receiving much needed help from Atlanta mogul and filmmaker Tyler Perry, per WSB-TV. Evan’s daughter Aubrey Turner got a call from Perry and couldn’t believe it was him.

Perry then offered to fly Evans’ body back to Wisconsin. Sharadiant Turner is also the daughter of Evans. Perry will pay off her college tuition as she’s a freshman at Spelman College. Perry is also covering the family’s rent for six months.

“I’m going to do what she wanted me to do. She started me on math and now I’m going to get to graduate with a mathematics degree from Spelman College without debt, it means everything,” said Turner.’

Salute to Tyler Perry for always making a positive impact in the city of Atlanta. His generous acts have definitely helped a family who needed support in the worst of times. Check out WBS-TV news videos of Perry helping the family out below.