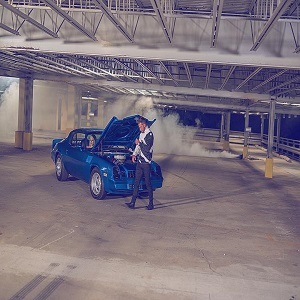 Historically, New Jersey has been home to some of hip hop’s biggest legends. Always, there are people aspiring to be the next big thing from an area to be that person. In New Jersey, monz is working hard to be that next person.

monz is a singer, at a time when singers are not as coveted as they once were. There is always that one person to take that risk and monz is that guy. His work is picking up steam, as he has worked with 24hrs, among other big names.

Recently, monz spoke to Hip-HopVibe.com, doing his On The Rise interview. The buzzing artist has experienced some success with “real one,” which he would discuss. During the interview, monz also spoke on channelz, his newest release.

How did you get connected, as an independent artist, to the big name artists you deal with?

It has always been about networking. The more people you know in this business, the better – you never know who that person knows. I’ve always been a very social person, someone that likes to learn new things, and keep an open mind while doing so. I like to ask questions, take what I learn from people that have been through it, and are currently going through it. Social media is something I utilize as much as I can. It allows you to stay up to date and stay relevant, but also gives an artist another avenue to contact other artists they want to collaborate with.

Regarding my latest single, “real one.,” featuring Myah, my path of networking and finding my producer, LX, opened up a whole new network, in which I do my best to utilize. Myah and LX have created music together in the past, that’s how I ended up collaborating with Myah. As for my song, ‘mood.’ that is coming out with 24hrs, I was able to reach out via social media consistently and get on the same page with him and his manager.

Can you tell us how they have helped you create your own music?

Something I pride myself on is my creativity and ability to reinforce what I hear and create a unique sound. Hats off to my producer, LX, we see the same vision and we learn from each other. He has been in the business for over 15 years, so when he gives his constructive criticism, I know we have to work together. This isn’t all me, that’s what artists have to realize and understand. Like I said, I’m open minded and I know when and what to listen to. I’m grateful for the team I have created and continue to bring aboard the people my team and I believe can make me better.

Currently, you are promoting your single, “real one.,” where do you predict this song going, in terms of success?

It’s a hit. Yeah, you can say every artist says that about their songs, but when it’s played in the clubs in NYC/NJ/Miami, the people react and they start talking. Myah has a voice not many people are gifted with. Sometime soon, expect to see it on the charts – it just needs to be heard by the right people. Getting the right, influential people to hear it is on the top of my list for things to accomplish. When that happens, you better hold on tight.

In what ways are you “changing the industry norms?”

I’m delivering something you don’t see often, especially in the United States. I create a story and a mood in my music. Listeners don’t just hear my music, they feel it; Not just with the beat, but with the flow and lyrics. It’s unique, it isn’t something that sounds just like everybody else. I talk about different things, it’s real. Everything is real. I think many artists are caught up in their fantasies. I can’t disagree that my old music tended to make that mistake, but not anymore. It’s all about learning and capitalizing on your mistakes and moving forward. It’s a moVement.

Who are some of the people who have inspired you to become an artist?

I come from an artistic family background. I never thought that I was going to pursue music and become an artist, but I knew it would always be part of me. I loved to dance, and I even started to DJ parties and teen clubs when I was young. You can find childhood videos of me around 5-6 years old dancing and singing to music like I actually knew what I was doing. It all started with my dad. When I was wrestling in elementary school, my dad was head coach and would play Eminem, Akon, 50 Cent, Fat Joe, Biggie, even Mariah Carey, Beyonce, Rihanna, and more blasting loud in the car on the way to matches with my teammates in the back. He would dance and pump us up. He sparked something in me that was always there, I just needed a jump start.

Can you talk about your debut project, channelz, and tell us how this project is coming together?

It has been a long road before even starting the project. Yeah, I was releasing music under my former stage name, “Mikey Mons,” but I took some time and adopted a whole new unique perspective and vision. Every night before I went to sleep, I created a picture, I heard new sounds, a new story, a new vibe, and just dream about it. The timing was right when I came back in the studio, and my focus shifted. LX and I started to focus on the right things at the right times. That enabled us to hit the right sounds and the right characteristics of every track. ‘channelz.’ has 7 songs, each giving its own unique meaning – it’s going to change the game, I’m confident when I say that. A couple more singles will be releasing, some from the project, but my EP, ‘channelz.’ is done; it’s been done. Like I said, timing is everything. Expect the release date before this summer (summer 2019). Stay tuned because I want it more than anybody else.

Where can fans find you on social media?

I appreciate everyone that supports me, it means so much to me. I can’t thank you enough. My fans can find me on all social media platforms @ogmonz.