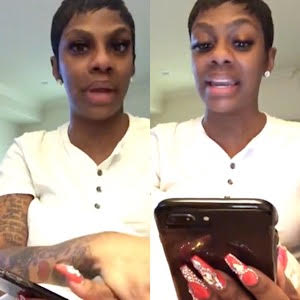 Over the weekend, Jess Hilarious got dragged on social media for racially profiling four Sikh men while boarding a plane. The Rel actress is under fire for her recent “ignorant” remarks and posts claiming she felt “threatened” by four Sikh men boarding the same plane as her but has defended her feelings in since-deleted videos.

“F*** y’all, I feel how I feel. I felt threatened and that was it. F*** y’all,” she clapped back, adding, “I’m never f***ing racist, but I spotted something, and I put it out earlier and we just got evacuated from our plane.”

The incident occurred Sunday afternoon when she went live and began expressing her feelings about the situation. It’s still unclear as to why the plane was supposedly evacuated, but in another video Jess Hilarious claimed the Sikh men were not on the plane when she re-boarded. “So how ironic is it that we boarded the same plane and don’t see those people,” she exclaimed.

After being called out, Jess continued to post on her Instagram account as if she was unbothered by the backlash she was receiving about her comments. She has since thought about the incident that occurred and decided to write an emotional four page letter on her notes app and recite it on Instagram. Jess apologized for her comments on her Instagram Story, but said she had nothing to do with getting the men removed from the flight.

Take a look at the video below and tell us what you think. Do you think the apology was genuine?

Continue Reading
You may also like...
Related Topics:apology, EntertainmentNews, JessHilarious

Adrien Broner blasts “Mr. Delivert,” Andrew Caldwell, for being in his DMs; Andrew replies: “I have an antenna, I see you, and you do go that way, and you use these young girls as a cover up” [VIDEO]
Nick Young Announces That He and GF, Keonna Green, Are Expecting Baby #3