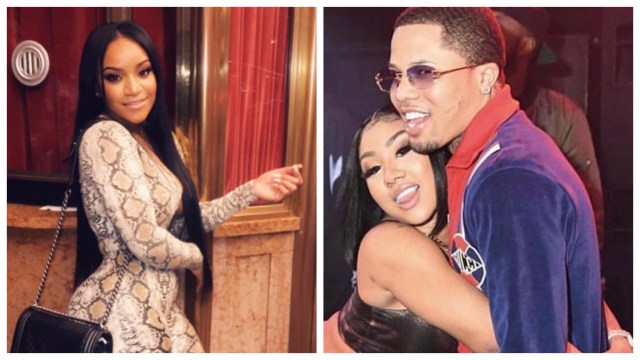 Gervonta Davis just got exposed on Twitter! His baby mama, Dretta Starr, posted text messages from him after she declined to answer his phone calls at 5:30 am, after their daughter was already asleep.

“Lmfao niggas be tripping! Im not obligated to answer late night calls from my baby daddy. Bitch ass nigga u got a whole Girlfriend, stop plying wit me. 😂

”It’s sad yo the way niggas move and think it’s ok! This nigga just posted his hoe 2hrs ago but mad cuz I won’t answer for him. I’m not obligated!”

In the text messages, she told him that she doesn’t have to answer his calls that late at night and told him to call his girlfriend, Ari. Gervonta threatened to stop helping her financially, in which she replied that she would take him to court. He had just posted a video to his Instagram story with Ari, just hours before he called Dretta.

If you were Ari, would you be upset that your boyfriend is calling his baby mother so late at night? 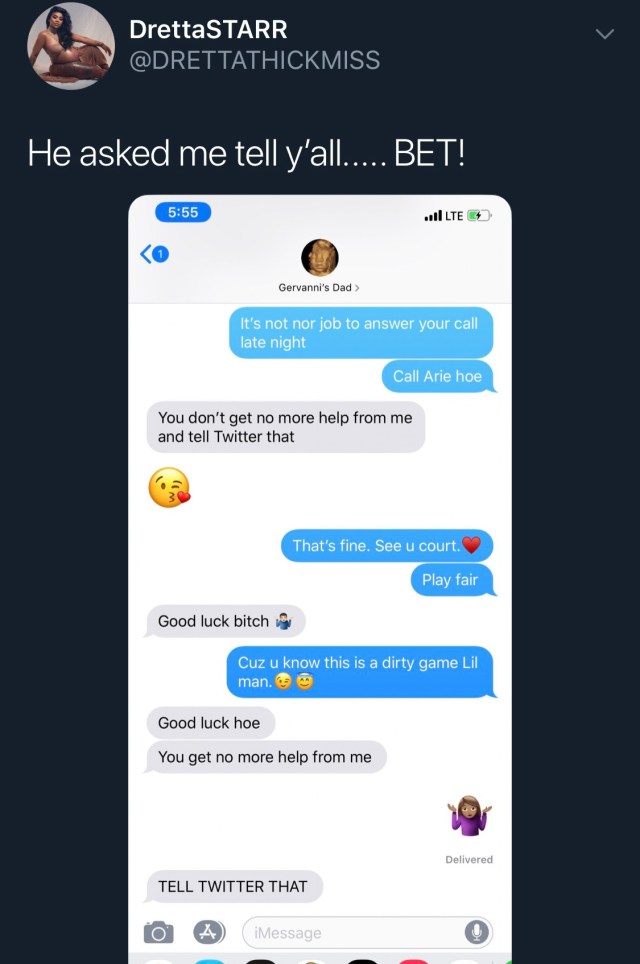 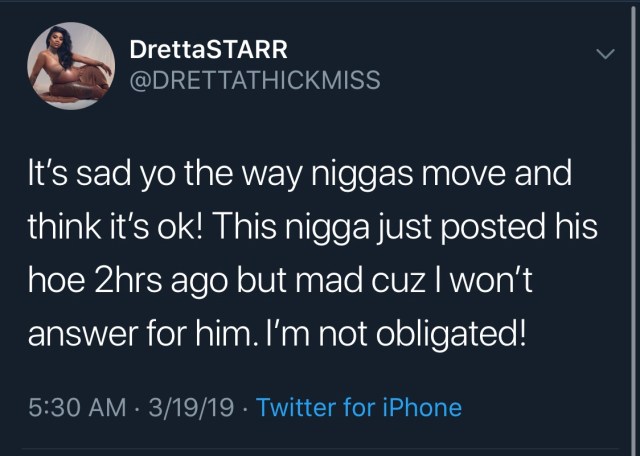 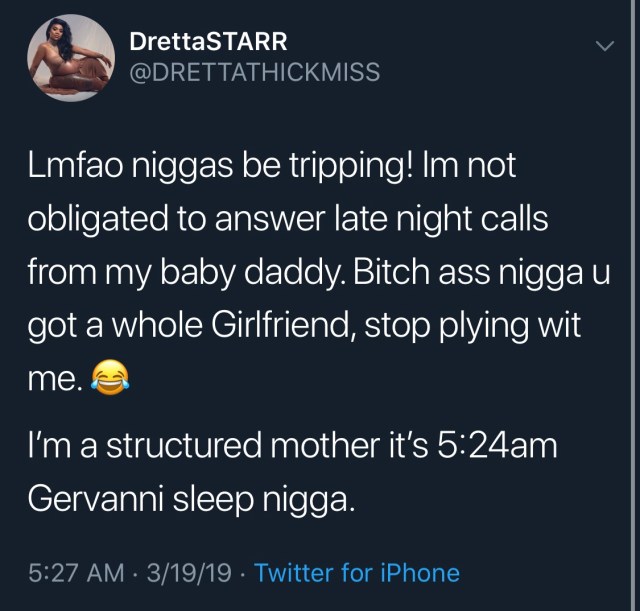 Trina vs. Trick Daddy (FULL FIGHT) #LHHMIA #LHHReunion [VIDEO]
Adrien Broner blasts “Mr. Delivert,” Andrew Caldwell, for being in his DMs; Andrew replies: “I have an antenna, I see you, and you do go that way, and you use these young girls as a cover up” [VIDEO]