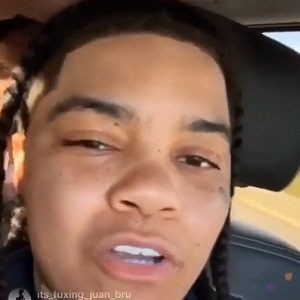 Not too long ago, Kodak Black put a song out, where he mentioned wanting to smash Young M.A. Since 2016, Young M.A has been a prominent figure in the industry. Three years ago, “OooUuu” was her breakout hit single.

Young M.A is often the subject of rumors, with some indicating that she and Ari, G Herbo’s ex, had a fling. Despite it just being promo for her recent music video, many also think she and Bernice Burgos also had a fling. On top of that, Kodak Black wants to have one with her.

This morning, Kodak Black responded to Young M.A’s video, where she called him out for speaking about her like that. He questioned why she would be upset when she’s a female. Calling him and people who agree with him weird, again, Young M.A acknowledged she’s a female, but one with her preferences.