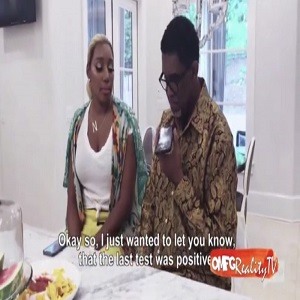 Apparently, all of those tears NeNe Leakes were crying were for a reason. The longtime star of “The Real Housewives of Atlanta” has spoken, all season, about her and Gregg not getting along. He is her husband and they have come a long way, since fans met them in 2008.

Back then, Gregg Leakes was the hot shot real estate magnate, in the city of Atlanta. On the other hand, NeNe was his wife, and she didn’t have much going, outside of that. Now, Gregg is widely recognized simply as “NeNe’s husband.”

In 2011, NeNe and Gregg divorced, following years of marital trouble, but never lost contact. Two years later, they remarried, and seemed to be going strong, until Gregg went through his cancer. Both on the show, and off, NeNe complained of how mean Gregg has been, a central theme of the past few episodes, and now news has broken of the two splitting up.

Kandi owns #WWHL, when she says the only reason NeNe wants Phaedra back on #RHOA is because Cynthia brought Kenya back for the finale [PHOTO]
Is a Collab on The Way? Nicki Minaj Tweeted Lyrics From Megan Thee Stallion and Fans Go Crazy!