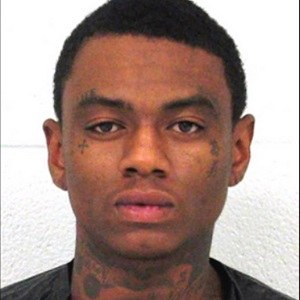 It was just last night, when Soulja Boy warmed hearts, and finally proposed to Nia Riley. Immediately, everybody started going in on her, calling her “crazy AF” to even be with him. After all, Soulja Boy put Nia through some crap, on “Love & Hip Hop Hollywood.”

Many fans, likely assuming “Marriage Boot Camp” was shot recently, were confused on how Soulja Boy could propose to Nia, but be dating two other women. But, the show was filmed a while ago, and the engagement didn’t last. Nia had time to check several fans on that.

Just hours after the “Marriage Boot Camp” finale aired, Soulja Boy was faced with some really bad news. The veteran rapper has gotten arrested and now has to face the judge. Already in police custody, cops searched his home, and found weapons, a probation violation, and his mugshot can be found above.

Nelly checks a St. Louis reporter who writes article accusing him of booking tour with TLC and Flo Rida, excluding a St. Louis stop; After being called out by Nelly, he tried to clean it up, saying he’d see Nelly in Chicago and Nelly told him not to come [PHOTOS]
Papoose talks new baby with Remy Ma, “Underrated” album, 2000s mixtape run, and more on Real 92.3 [VIDEO]